John Robins has the look of a man on a mission.Â  Prowling the stage of a gothic venue at The Caves, all arms and legs, Robins puts in an energised, impassioned hour that hints his aims may not be too long in being realised.

Framed by an episode in which he is overlooked for a panel show appearance in favour of a reality TV star of no fixed talent, ‘Incredible Scenes’ finds Robins at something of a crossroads.Â  Drawing humour from his show’s lack of promotional material and the miles he has driven in the name of, er, making a name for himself, Robins acknowledges (with some reluctance) that he may need to leave his home town to achieve the status that might see him elevated above the likes of Amy Childs on the TV Exec’s wish list.

Robins’ set is most effective when he adopts the role of raconteur with his tales of uncouth motherhood and celebrity urine provoking the night’s biggest laughs.Â  Less successful are his attempts to paint himself as a coy, slightly nerdy outsider – his euphemistic references to sexual organs have the feel of the sixth form about them and his use of ‘Brills!’ as a rejoinder suffers with repetition.

The last five minutes of the show are terrific and it is only a shame that the fluency Robins shows here is not more in evidence earlier in the hour.Â  Not quite the great leap forward that Robins craves, perhaps, but definitely a step in the right direction. 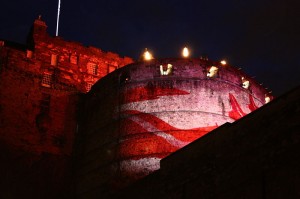 Is the Loch Ness Monster dead?