Edinburgh is the self-declared ‘thrifty DIY’ capital of the Britain, according to new research by a leading home insurer, Zurich – with 87% saying the reason for attempting DIY is to save money.

However, the survey of 2,000 British homeowners found that even though these frugal DIY-ers tackle jobs for the right reasons, it could be a false economy. Almost a third (31%) admit to ‘DIY fails’ – home improvements gone wrong – which are costing residents an estimated £12million every year.

The most commonly bodged jobs in Edinburgh include putting up wonky shelves (13%), failing to fix leaking taps (9%) and bad paint jobs on walls (9%).  And it’s not just in the pocket where people from Edinburgh are being hit by a #DIYfail.

A quarter admitted to injuring themselves while undertaking DIY.  The most common injuries are hitting oneself with a hammer (69%), cuts to hand and fingers and falling off ladders (both 46%).

“If you’re taking on DIY home improvements, get professional advice first. Aside from the cost, there is also the disruption and potential injury a home-improvement-disaster can cause. Seemingly simple jobs can cause chaos when they go wrong; just hammering a nail into a wall can bring down plaster, or much worse if there is a water pipe or electricity cable behind it.”

5) Installing a shower or bath 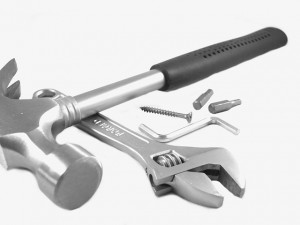 Zurich research also found Brits are putting up with: