It is being said that young women cannot find men of equal social status and are having to ‘marry down’. And the universities minister, David Willetts predicts that women will earn more than their male partners.

Well, is anyone surprised at this since we took the decision in the UK to keep male teachers out of schools, change the system completely to favour girls and ensure that women always benefit from reverse sexism, otherwise cries of male dominated sexism ring out?

Mr Willetts is quoted in the Mail as saying that boys are ‘lagging behind’ and he said ‘I am not against women having those advantages but there is now a rather striking gap, if you look at the statistics, where it looks as if approximately 50 per cent of women are graduating from university by the time they’re 30 and perhaps about 40 per cent of men.’

‘Striking Gap’? Boys ‘lagging behind’. Those involved in educating young men over the last decade or so need to hang their heads in shame! The striking gap is a direct consequence of the system now being designed to hold boys back and let girls get ahead. (I await the cries of foul with interest.)

Boys don’t want to lag behind, they are just as ambitious as young women, but they are now being held back. There can be no other explanation. We have made young women into winners at the expense of young men. Better to say that we are forcing boys to be left behind.

The Mail quotes Claire Davis, a 33 year old worker in financial services as saying 'I have a good job, my own flat and I can pretty much do what I want, but a lot of the men I meet aren't really of the right calibre. If I look at the friends I went to university with, the men don't tend to be doing as well as the women.' 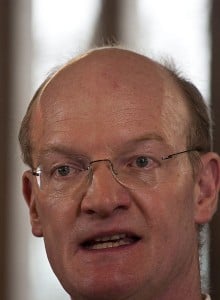 Ye Gods! But what makes it worse is that, judging by some of the comments after the article, some women are looking down their noses at some men for not being good enough.

Have we all learned nothing? If this situation was reversed we’d have a feminist led mayhem on our hands.

Keeping women down for thousands of years was not right, but tipping the balance the other way is just as much a crime, if not worse, as we know what the consequences and wrongs are.

We need both men and women and we need true equality.

If young men are not leaving school with qualifications and not getting the jobs then it is as much a fault of the system now as it was when women were held back decades ago.

Instead of musing on it Mr Willetts, get your government to sort it out!

This may be one case where the young men of Britain can sue the government through the Human Rights courts for failing them their proper educational needs.

Does the double-dip tell us anything new?

Property Tax Will Increase House Prices Further Down the Ladder