The Daily Telegraph has conducted an undercover investigation that shows teachers paying Â£230 a day to get advice on upcoming exam questions from chief examiners.

As the Telegraph piece says, this seems to go well beyond what you could term ‘standard’ exam guidance.

As their video shows, the teachers that attended one particular course (WJEC GCSE History seminar for teachers November 11 2011) were given information on which questions they could expect to see coming up.

One chief examiner actually said that “We’re cheating. We’re telling you the cycle [of the compulsory question]. Probably the regulator will tell us off.” Then, when a teacher on the course pointed out that this wasn’t in the course specification he went on to say “No, because we’re not allowed to tell you”.

Telling off, the regulator should get him sacked.

The telegraph reports that ‘A series of secretive exam seminars, which are thought to have rapidly grown in popularity in recent years, are suspected of being at the centre of concerns over the system.’

This sort of advice, which is not open to all, effectively reduces the syllabus for the pupils whose teachers have attended these types of seminars. That dumbs down their education and also gives them an unfair advantage in the paper-chase of exam results, university places and therefore employment. 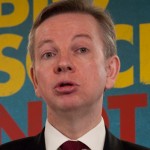 Michael Gove, the education secretary, has ordered an inquiry into this.

A lot of students and pupils who have been through the full mill in recent years will now rightfully be questioning whether their own results are actually better than some of their peers who gained higher grades.

Every university, college and employer who now want to get the best people through their doors should seriously consider throwing those exam results in the bin and look at devising their own testing criteria.

This practice needs to be stopped now. Otherwise the next thing we’ll see will be exam course opened up to parents, those that can afford it of course.