Research commissioned this year by EFIP shows a 45% growth in freelancing across the EU since 2011, with countries such as the Netherlands, France and Poland achieving growth of up to 93%.

"In order to unlock the potential of independent professionals across Europe, it's integral that iPros have a champion at the heart of the European Parliament. Just like the SME Envoy already in place, the iPro Envoy would be responsible for representing this flourishing sector and would act as an ambassador for our vital and growing way of working." 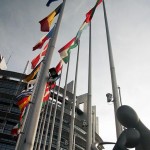 The European Forum of Independent Professionals (EFIP) believes that the next European Parliament will be ideally placed to give this important sector of the labour market the credit and support it deserves.

"iPros are a flexible and innovative resource that bring substantial benefits to European businesses and the economy as a whole. EU institutions must recognise that independent working is a sustainable career and lifestyle choice which, despite the personal risk, is an increasingly popular way of working in the 21st Century."

"It's crucial that the next European Parliament embrace this new way of working and ensure the needs of iPros are considered in policy making. Appointing an Envoy for Independent Professionals is the first step towards embracing iPros."