This ‘infographic’ from carinsurance.org neatly shows that the expensive electric car you are thinking of buying to do your part in saving the planet may not have quite the impact you think it will.

As it points out an eco-car will be friendlier on the environment depending on which US city it gets its energy from.

It took a quarter of the world’s trees to absorb car emitted CO2 in 2010. That’s 68 billion trees sucking up 3.4 trillion pounds of CO2.

The average electric car is 80% efficient as opposed to the 20% of a diesel car or the 15% of a petrol driven vehicle.

The greenest area for electric cars would be Juneau (112 mpg) and the worst Denver (33 mpg).

The message is, if you invest in an electric car then make sure you know where to plug it in to make it as green as possible. 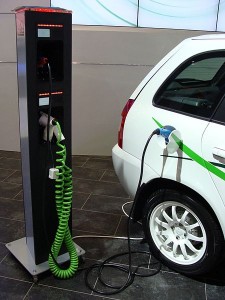 Green Party: Parisian cycling signs should be replicated in the UK’s towns and cities

Mind control and free will