There is currently a significant degree of weakness in emerging market debt markets. One of the key reasons for this fragility has been the lack of clarity in the path of the Federal Reserve’s (Fed) interest rate policy. In the first two weeks of March, speculation over a rate hike from the Fed gathered pace, with prices aggressively falling to reflect a hawkish turn in Fed policy.

The Federal Open Markets Committee (FOMC) meeting this week is likely to be particularly influential in determining the medium-term prospects for emerging market debt.

The FOMC’s January statement said that it “can be patient in beginning to normalize the stance of monetary policy”. Opinions now appear divided on whether the Fed will remove the word “patient” from its commentary — which would imply a June hike — or if it will keep it in, which would imply a September timeframe for most observers. Whatever the outcome, the increase in market volatility and the relentless rise of the US dollar reflect the expectation of some degree of tightening. Once we jump the initial tightening hurdle – which seems inevitable at this point, regardless of which month it starts – talk will immediately turn towards the length of the prospective tightening cycle. This is, in our view, more pertinent. 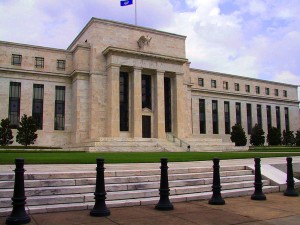 The Fed has been at pains to suggest a shallow cycle; one that will not involve consecutive meeting hikes. This would be more supportive for emerging market debt, and the economic outlook strongly supports the view. Outside of the strength in US employment, economic data has broadly disappointed. We believe that the market weakness in emerging market debt is laying the ground for better times in the future; provided our thesis is correct that the Fed will be slow in tightening rates.  History is certainly on our side, though as ever, it may be difficult for investors to remember that far back. Essentially, well-telegraphed cycles have eventually led to emerging market debt rallies, once markets reflect the initial risks of tighter policy.

Nevertheless, the divergence of debt opportunities according to country remains profound. There are a number of emerging market countries that face difficulties, making a sell decision an easy call. Brazil is one, with weak growth, high inflation, and questions over the ability to implement fiscal reform. This has led to poor sentiment despite interest rates approaching 13%.  Turkey, with a looming election and increasing political influence in markets, is another.

Russia has been a better performer and represents an overweight for our portfolios. The central bank this week has cut rates, but the easing was at best in line with market expectations, if not a bit conservative. The massive fall in the rouble, and widespread underexposure to the currency, are helping to boost the effectiveness of the rate cuts as volatility subsides steadily.  Mexico represents our other main overweight.  The government took a step to steady currency volatility this week, and we expect the central bank to hike rates as soon as the Fed does. Even in a weak market, Mexico should outperform the rest of the asset class.

Provided investors are attuned to the structural and fundamental differences within emerging markets, we believe that the next few weeks could prove a turning point in stimulating depressed emerging market debt valuations.

Build Wealth From The Comfort Of Your Home