The recent changes in pension rules announced in the Budget have led nearly half (43%) of employers to look more favourably on defined contribution (DC) pension plans, according to Towers Watson’s post-Budget DC Pension Strategy survey.

In addition, almost two-thirds (66%) of employers think that workers will be more engaged with their retirement savings since the Budget and a similar proportion (66%) think that employees now place more value on their DC pension as part of their reward package. Many companies are also anticipating an increase in DC pension contributions from employees, with nearly three-quarters (72%) expecting employees who are close to retirement to start contributing more towards their pension and one-in-five (20%) anticipating younger workers will do the same.

“We are already seeing attitudes to DC pensions change significantly since the Budget in March. Many employers are feeling more positive about offering them and are expecting that their employees will feel the same way. One of the biggest changes could be the anticipated increase in contributions from employees of all ages as more people feel they have more control of their retirement savings and can see the tax advantages more clearly.”

One area in which the Budget has not altered attitudes is the employer’s primary objective for providing a contribution to their employees’ DC pensions. Only 16% of the employers said that their objective for contributing to DC schemes was to ensure employees had an adequate income in retirement, whereas nearly two-thirds (65%) stated the primary reason was to be market competitive. 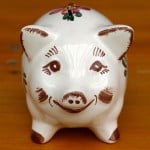 Will Aitken said, “The Budget may have changed people’s attitudes towards DC pensions but for companies it seems the majority still have a DC strategy that’s focused on the contribution inputs to DC, rather than the ultimate benefit output. That reflects a preference to look at DC as an attraction and retention reward tool, rather than as a means to ensure that employees have an adequate income when they retire.

“DC pensions now appear more attractive than ever before and may well attract higher employee contributions, but if the aim is for employees to have enough money to afford to retire then some kind of shift in employer attitudes may be needed to ensure that any increases in contributions are ‘enough’. Otherwise employers may find they have a large group of older employees who cannot afford to retire when they want to.”

“Many employers are concerned about the savings choices that employees might make before retirement, but fewer feel responsibility for any impact that these decisions could have later on in retirement. That might also suggest that some employers still see retirement as a cliff edge. It’s going to be fascinating to see how this feeds into the increasing trend of over 70s workers. When will future ‘retirees’ leave the workforce?” added Will Aitken.