Employers are increasingly struggling to recruit engineering, IT and technical recruits with the right skills, but many admit that they are doing nothing to fix this problem, which is only set to get worse.

In spite of confidence being down, just 20 per cent of employers said that they plan to retrain existing staff despite this being a key way of preventing them from leaving the profession after having already been trained. Almost a quarter of companies said they are planning no actions to recruit the staff they need. While some employers seem to recognise the need to engage with the education system, a third of those that don’t said it was because they see no benefit in doing so.

Prof Andy Hopper, IET President, said: “Companies tell us that they are recruiting for business expansion and diversification. This will be put in jeopardy if they cannot encourage engineers to join them. Our skills survey shows that many of the UK’s engineering employers are suffering from engineering skills gaps, shortages and an aging workforce, and this will only get worse in the future when huge numbers of engineers and technicians are forecast to be needed for new infrastructure and energy projects.

“There are many actions that could and are being taken in schools, with careers advice and in further and higher education that would make a difference. The IET and the engineering institutions are playing their role in promoting the profession to students, parents and the government.

“There are some very good examples of companies getting involved in local schools and working with colleges, but our report indicates a large minority of companies who do nothing. They know they will have difficulty recruiting the engineers they need but expect someone else will sort it out for them. 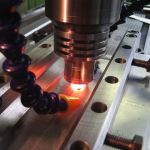 “You wouldn’t leave it to chance to provide the materials, finance or machinery that you need. Why hope someone else will supply your most important asset that is your people?”

The report also highlights that recruitment of female engineering, IT and technical staff remains very low. Only 7 per cent of the engineering workforce is female, highlighting that the UK has a persistent problem in encouraging women into the engineering and IT sectors.

Yet, despite this, over a third of employers are not taking any action to attract women into engineering. 36 per cent of organisations do nothing at all to improve workforce diversity. Meanwhile, the average age of the engineering workforce continues to increase, with 56 per cent over the age of 40.

Households Are Being Excluded From Benefits Of Growth, Says Frances O'Grady