2013 was a hopeful year for SMEs. Medium-sized businesses contributed £300 billion to economic growth according to the CBI, while the Federation of Small Businesses reported that confidence was high among small businesses, rising steadily from -5.6 in the last quarter of 2012 to a high of 33.5 in the third quarter of 2013. Despite the optimism, however, SMEs and small businesses in particular have had problems accessing the funding required for robust growth.

Net lending channelled via the government's Funding for Lending scheme amounted to £5.8billion in the third quarter of 2013, yet the Bank of England reports that credit supply to SMEs remained restrained this year.

According to Carl Hasty, Director of international payment specialist Smart Currency Business: "There is a large gap between SME potential and reality. More needs to be done to help SMEs perform at full capacity. Although they have been extended gestures of assistance, such as the Funding for Lending Scheme, more needs to be done to ensure that they see their portion of funding. SMEs need to be made aware of not just mainstream funding sources like banks, but also alternative sources that may be more accessible to them."

A key part of government strategy in 2013 was to encourage exports, with initiatives like the government's Direct Lending Scheme and Food and Drink International Action Plan aiming to lift trade barriers and ultimately accelerate UK exports. "SMEs played a key part in the export strategy, and will continue to do so in 2014" said Mr Hasty. 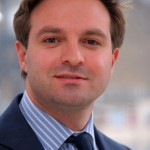 He added: "The Federation for Small Businesses has estimated an injection of up to £800 million for the UK economy. If just 6% of its members who are planning to export in the future start doing so, there is certainly ample opportunity for UK SMEs to succeed in foreign markets. Expanding into overseas markets can be a lucrative way for many SMEs to realise their potential for growth. We should spend 2014 helping SMEs break down barriers to exporting, by taking a proactive approach."

Speaking about the Chancellor's recent statement that business rates will be capped at 2%, Mr Hasty said: "The move has been met with mixed reviews. What we have to remember here is that while it is imperative we continue to champion better conditions for SME funding, the SME community should still continue refining their finances at ground level, cutting costs where necessary. Every little bit counts."

Mr Hasty concluded: "Businesses that make international payments need to minimise their currency costs. 2013 has taught us that now,more than ever, SMEs want accessible funding and support – in plain language."