If you want an objective view of energy, ask an economist, who can tell you what to expect to pay at the pump in the coming years, and why, as well as what to expect from medium- and long-term economic growth and what the real drivers will be. These are questions that are crucial to a pending decision by the US government over natural gas exports, and while we know where big oil stands versus its manufacturing rivals—it's the economist who can set things straight.

Mark Thoma is a macroeconomist and time-series econometrician at the University of Oregon. His research focuses on how monetary policy affects the economy, and he has also worked on political business cycle models. Mark is currently a fellow at The Century Foundation, a columnist at The Fiscal Times, an analyst at CBS MoneyWatch, and he blogs daily at Economist's View.

In an exclusive interview with Oilprice.com, Thoma discusses:

What we can expect from gas prices this summer and beyond

How we weigh the free market against government intervention

Why there is little momentum for a US-wide carbon market

What we learned from the global financial crisis

Why our best hope for strong economic growth is in exports

Interview by James Stafford of Oilprice.com

James Stafford: What every regular consumer wants to know is why the price of gas at the pump continues to rise in the midst of a much-lauded oil and gas boom?

Mark Thoma: In the short-run, of course, the price of gas is quite variable. Recent forecasts, for example, indicate that prices will decline a bit over the summer, but at some point they will undoubtedly head back up again. The real question is how the underlying trend for gas prices, which has been increasing over time, will be affected by increases in the supply of energy from shale and other sources. Will the upward trend in gas prices continue? The answer depends upon the relative growth in the supply and demand for energy. I believe the new energy sources and the corresponding increase in supply will temper the upward trend, but the trend will continue due in particular to growth in demand from developing economies.

Mark Thoma: I think the ethanol mandate is economically feasible in the sense that it could persist, but I don't think it's the best way to address our reliance on imported energy or the environmental issues associated with energy use. It's the political feasibility that seems to be most at issue, and the power struggle between states with grain interests and states with interests in traditional fossil fuels will determine the outcome. I expect the ethanol mandate will eventually be overcome, particularly since the discovery of new domestic energy supplies undermines one of the strongest arguments for it, energy independence.

James Stafford: On a broader level, is US energy policy missing the mark by interfering too much to boost renewable energy against fossil fuels? Should the free market reign?

Mark Thoma: When significant market failures are present, the free market does not produce the best possible allocation of resources and government intervention can help. Thus, the question for me is whether significant market failures exist in renewable energy research. I believe that they do, and that, if anything, we are not doing enough to promote new energy technology. This is not unique to renewable energy, such market failures are common and underlie government issued patents, research grants, and so on. However, let me be clear that I am not in favor of government “picking winners” by, say, favoring particular companies or products, but I am in favor of generous support for basic research in this area.

James Stafford: How do you see the US carbon trading market shaping up even though it is not on a national level, but remains the purview of states, most notably California?

Mark Thoma: Presently, there seems to be little momentum for a US carbon market, and I don't see that changing in the near future. The necessary public and political support simply isn't there. It will, sadly, probably take a natural disaster or extinction of an important species that can clearly be connected to climate change before any notable change occurs.

Mark Thoma: I don't think it's having a large impact, particularly since any action on climate change seems all but impossible with our present Congress. Some people claim that fear of regulation, e.g. on carbon emissions, is holding back the recovery but the data does not support this contention.

James Stafford: In general, what is your impression of the Fed's handling of the economy, and attempts to drive the recovery?

Mark Thoma: I believe the Fed was essential in preventing an even larger collapse, and I applaud the creativity the Fed demonstrated in creating special facilities and the like to deal with various problems. With that said, the Fed has not been perfect in its reaction to the crisis. It was too slow to recognize the depth of the downturn, there was too much fear of inflation causing the Fed to under react – and when they did react they were often behind the curve – and they were far too eager to see “green shoots” just around the corner rather than make tough policy decisions.

Lately, however, the Fed has done better and though it still hasn't been aggressive enough for my tastes, it has certainly helped to push the recovery along. The big problem presently is the lack of support from fiscal authorities, without such support there's only so much the Fed can do.

James Stafford: Generally speaking, due to the close links among world economies most crashed following the US subprime mortgage crisis in 2008. Does this tight relationship mean that no one country can truly see an economic recovery until all/most countries are ready? How do you think the 2008 crisis will affect the way economies rely on each other in the future?

Mark Thoma: One of the interesting features of the recession is that developing economies did better (in a relative sense) than developed economies. Thus, one lesson from the crisis is that developing countries are more “decoupled” from developing countries than we thought. That's not to say they weren't affected, international trade collapsed during the recession and that didn't help countries that rely upon export markets, but developing economies weren't affected anywhere near as much as many observers predicted. Within the developed world, it's a different story. Here, the linkages appear to be much stronger, both through the financial system and through the real economy, and a true recovery will require a general improvement in economic conditions. As for the future, I don't think we'll see much effort to reduce international trade as a way to reduce these linkages – that's counterproductive – but I do think we'll see much more concern about financial interconnectedness. However, turning that concern into effective regulation that can extend across national borders is a difficult problem and I'm not all that optimistic that we'll be able to do as much as needed on the regulatory front.

James Stafford: What are your views on exporting US natural gas? Do you believe it could provide a cornerstone for economic recovery?

Mark Thoma: Growth in the demand for our goods and services can be divided into four components, growth of consumption, growth of investment, growth in government spending, and growth in net exports (exports minus imports). Which of these components will drive future growth? It's hard to imagine consumption growth rising above where it was pre-recession when it was elevated by excessive credit growth, so this is an unlikely driver of higher future growth. Same for government spending, if anything this will be curtailed as we try to bring our long-run budget under control. Business investment might increase and drive future growth, but it is relatively high already and further increases seem unlikely. That means our best hope for strong growth in the future lies with increasing the growth in exports, and exporting natural gas could be an important component of growth in this area.

James Stafford: Oil is finite, and whilst many countries in the world have poorly developed economies, oil supplies already struggle to meet demand. Basically, not all countries can develop economically whilst the first world economies remain as large and demanding as they are. Do you think as more effort is made to develop third world countries, the first world countries must inevitably decline as a result?

Mark Thoma: I'm an optimist when it comes to world growth and I do not believe that developed countries must decline as developing countries rise. Technology – digital technology, the rise of robots, and advances in energy production in particular – will allow both the developed and developing world to prosper. My big worries lie with distribution, i.e. whether and how the problem of rising inequality can be solved.

James Stafford: What will Obama's economic legacy be? Has he helped or hindered economic development? 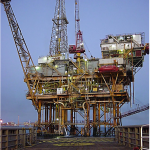 Mark Thoma: That's a tough question since we don't yet know what's ahead, but a big part of his legacy will certainly be connected to Obamacare, particularly if it eventually evolves into some type of single payer system with universal coverage. A second legacy is more uncertain, but I believe Obama would like to produce a Grand Bargain that will bring our long-run budget under control. Whether he'll be remembered fondly by liberals for this will depend upon the degree to which he protects important social insurance programs, Medicare and Social Security in particular. Then there's the legacy I hope he'll have, but doubt he will. This may be mostly wishful thinking, but if the deficit continues to decline as it has recently, if government spending as share of GDP is no higher post-recession than it was pre-recession, and if inflation remains subdued (as I believe it will), then perhaps his third legacy will be an important lesson. We worried far too much about debt and inflation, and far too little about the most important and most costly problem, the unemployed. We could have and should have done much more than we did to help the unemployed, and if we can somehow learn that lesson, that will be an important legacy of the Obama years.

Young professionals in the UK show transformation in attitudes towards saving