As Ofgem’s revelation of soaring profit margins at the ‘Big Six’ energy firms brings good news to companies such as British Gas, it has caused uproar amongst homeowners across the country that are paying through the nose and over the odds for their energy bills.

Energy bills for consumers nationwide have risen dramatically in recent years with an average increase from Â£605 in 2004 to Â£1,060 in 2010. These ever-increasing gas and electricity prices are continuing to put pressure on UK living standards, and can be attributed to a lack of both supplier competition and production efficiency.

uSwitch, an independent energy advice company, has slammed the latest profit announcement from British Gas describing it as ‘scandalous’.

Alan Tattersall, Head of Home Services at the independent comparison and switching service said, "It is disgraceful that British Gas has been able to squeeze these scandalous profits out of their customers.”

"British Gas has used rising wholesale gas prices as a smokescreen to extract ever increasing margins of profit from their customers. These profits are as a direct result of the record price increases of up to 150* per year, that British Gas inflicted on their customers over the course of 2004.”

A study into the complex accounts of the large energy firms has unearthed a shocking discovery of the profits they make from UK customers – a colossal Â£168 per second.

Starting this summer, all suppliers will be forced to state their results in a way which makes them easier to compare, under new rules from regulator Ofgem.

Despite the clamp down, firms are still being allowed to persuade baffled homeowners to switch to tariffs which fail to save them money.Â One survey carried out by ‘Which?’ showed that salesmen in shopping centres routinely embellished on the benefits of changing suppliers which, more often than not, left customers on cheaper tariffs much worse off.

If you are concerned about how much you are paying on your energy bills, the best course of action to take is to visit a comparison website such as uSwitch with your current tariff, supplier and annual consumption. Simply input these values into the site and you’ll be provided with results showing you your best supplier and tariff. 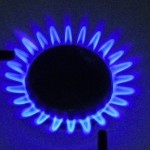 Currently, many homeowners are also being caught out by underhand billing tricks, such as using daily ‘standing charges’ or higher charges on the first units they use. This ensures anyone cutting back on their energy use — as happened last winter — pays the highest charge per unit for as much of their energy as possible.

And the confusion does not end here. Many firms have a discount for customers paying by direct debit. But this discount may not be credited to accounts until the 12th month. This means that the supplier benefits immediately, but you have to wait a year for the discount to be taken into consideration. If you switch before then, you don’t get the discount.

Image by George Suklin (own work-public domain) via WikiMedia Commons