The Health and Social Care Information Centre has just released the latest statistics for obesity, physical activity and diet in England, which makes for worrying reading.

And these mostly moved into those with an overweight or obese BMI category. With an increase in the overweight:

Those in the obese category rose:

Although our what we eat and how we cook may have recently changed due to the horsemeat in (or instead of) beef, this report shows that household purchases of fresh and processed fruit and vegetables have been on a downward slope since 2008, even though more money was spent on some of these items.

There is also much to do to educate people about the benefits of physical exercise it seems. Or more probably people do know but would rather be overweight or obese and risk their health than give up their current high intake and sedentary lifestyle.

But how do we deal with a problem that eventually places a strain on healthcare system, the person and their family as well as on their employer’s buiness. With all the dietary and exercise information that is put out on a daily basis it cannot be just be a problem of not enough health leaflets and diet being given out. Those who are overweight and obese must themselves really want to change before we see any positive results. Better still get to them before they get obese. 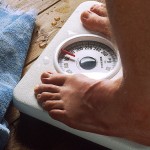 “It is no surprise that today’s report indicates that levels of obesity continue to rise, with a startling 65% of men and 58% of women now overweight or obese in the UK.

“The obesity epidemic is getting worse by the day and steadily spiralling out of control.

“Government intervention can only get us so far and the NHS has neither the time, nor resource to deal with the problem. Obesity is a complex condition that requires behavioural and emotional support, in addition to medical expertise.

“This is why we urgently need to look for alternative solutions, encouraging and empowering individuals to take personal responsibility for their weight, working closely with weight management professionals – outside of GPs’ surgeries and hospitals – to deliver long-term change that lasts.”