Gaining a good night's sleep is essential for children and adults to effectively recharge their batteries and feel revitalised to tackle the day-to-day challenges in the school, workplace or home. Sleep is scientifically proven to not only potentially help against brain damage, but also be part of a healthy lifestyle which allows people to be energetic and firing on all cylinders. It is arguably the only biological action that has cultural relevance, with countries across the world developing their own methods based on socio-ideological factors which continue to change through the course of history. Sleeping in a comfortable position upon a bed is equally important to enjoying a relaxing night of sleep, with Bedstar's Millbrook bed collection packed with contemporary and relaxation qualities that are perfect within any bedroom. 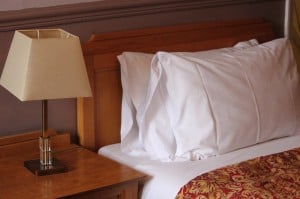 Many theories and debates into the number of hours of sleep we need every night have yet to provide a conclusive answer. Although scientific research indicates that sleeping helps to protect against brain damage, not every night is bliss with restful sleep without any tossing or turning. Additionally, the research does not factor into its finding the number of people who suffer from sleeping disorders, such as OSE, of which an increasing number of specialist services are being founded to diagnose those with potential conditions.

Eight hours may be considered the norm, but it does not take into account the different needs of children and adults within their mental and physical state. Children and elderly people often require more sleep as their biological conditions are weaker, with sleep being fundamentally important to being energised and revitalised to function effectively in school, in the workplace or at home.

While eight may be considered the magic number in the event of sleeping, a study carried out by the National Sleep Foundation found that sleeping habits within all corners of the world are worse than we may think. On average, adults in America and Japan lose around 30 to 40 minutes sleep on workdays compared to those in Germany, Canada, Mexico and the United Kingdom. One in five Americans enjoy less than 6 hours sleep during the working week, with Japanese people on faring slightly better as two-thirds get less than seven hours under the covers.

Sleeping on the job

Although it is considerably unprofessional to fall asleep in the workplace, it is a true indication of people who are deprived of sleep through restless nights with their child, or simply do not get enough sleep every night. Drinking coffee and energy drinks may provide a certain level of energy uplift, but it does not remove the level of tiredness that can be detrimental in carrying out basic or complex tasks at work. Sleeping on the job is banned across many areas of America, although the considerable lack of sleep they enjoy in comparison to their Canadian neighbours increases the chances of landing themselves in trouble with their boss. It is the complete opposite in Japan where worker follow a cultural tradition of enjoying a nap whilst on the job, which is known as 'inemuri'. It is historically an indication of how hard an employee is working and how committed they are to getting their work done.

Sleeping is the prime biological action we carry out every day that ultimately transcends culture. It has a major effect on health and performance, but the cultural relevance of why there are differences in sleep patterns across the world is often overlooked. There are numerous cultural differences which determine how people in Europe, Asia, America and South America approach the nightly ritual. Spiritual guidance is seen as the perfect pre-sleep practice across Mexico and America, with 62% and 48% of their respective populations taking to prayer or meditation in the hour before they get under the covers. Television is also a popular activity before bed, with two-thirds of those who took the survey admitting they watch TV from their bed as they begin to relax for the night.