Entrepreneurs who pitched at a live Dragons' Den-style event held last month by leading investor network The Ideas Factory (TIF) are well on their way to being fully-funded new businesses.

Following the 15 October evening, the entrepreneurs' pitches were sent to TIF's network of investors, resulting in tens of thousands of pounds in investment capital pouring in.

Since the event, TIF have even managed to squeeze in a second round of funding for a company aiming to disrupt traditional recruitment through "crowd-sourced" head-hunting, called PeerBrief. Since the start of the year, they have made some significant progress with the help of the 230k raised through TIF and their investors.

So far, investor activity has included:

• £50,000 pledged on the night and since banked, for Cipher Surgical's "OpClear" device, designed to revolutionise laparoscopic (key-hole) surgery. A further 25 investors are currently being aided by TIF'S in-house Investor Relations team to carry out their own Due Dilligence on the company with a view to investing 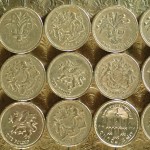 TIF co-founder Jonathan Willis said: "When entrepreneurs pitch to investors they have one goal: raising finance. We work with around 45 companies a year, all of whom are vetted by an experienced team of FCA-approved experts, and our entrepreneurs tend to raise the money they need more efficiently than if they'd used online-only 'crowd funding' companies.

"It also means we have a very high success rate when it comes to raising funds required by start-ups, so the next few weeks will be very exciting for both the entrepreneurs and investors."

TIF's next investor event will be held in London on 26 November and the pitching companies are set to include:

• A unique concept worldwide, that combines a reality TV format with a mainstream movie