The prime Minister, David Cameron, said yesterday that he would do whatever it takes to sort the UK's flooding problems out and that money would be no object."We are in for the long haul but the government will do everything it can to co-ordinate the nation's resources”, The Prime Minister said.

“If money needs to be spent, it will be spent; if resources are required we will provide them; if the military can help, they will be there."

Responding to this Friends of the Earth climate campaigner Guy Shrubsole said:

"If 'money is no object', then the Prime Minister should have no problem making up the £500 million shortfall in flood defence investment required to keep pace with climate change.

"David Cameron can't claim he's doing all he can to protect people, businesses and farmers from flooding while the Government continues to pander to fossil fuel companies and his climate-sceptic Environment Minister remains in his post."

“It’s high time the Prime Minister pledged money and resources to the flood-hit areas but he must also commit to an urgent plan which reduces the risk of it happening again and again. It is widely recognized that extreme weather will become more common as climate change takes hold. 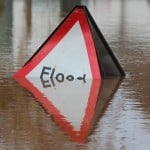 "Cameron’s reassuring words will play curiously with the millions of households that have been suffering under his government's austerity regime – the disabled people hit by cuts to benefits and the unreasonable testing regime, the victims of the bedroom tax trapped between paying the rent and buying food, the local councils struggling to provide essential services without sufficient central funding.

"Further, Mr Cameron has failed to promise that he will reverse the planned cuts to the Environment Agency, particularly the staff working directly on flooding – this is essential.

"And he hasn't committed to serious, sustained action on climate change, which the Met Office tells us all the evidence points to as contributing to these extraordinary floods. It isn't too late for the sadly laughably self-titled 'greenest government ever' to start to live up to its name."

Fish discards to be banned by the EU – at last