A Labour Party policy report, produced for Ed Miliband by his High Streets Advisory Group, is planning for a Labour Government to “bring farmland and farm buildings back into the business rate system”. This will mean imposing a new annual tax on every farm and farmland across the country say the Conservatives.

At present, business rates are not charged on farmland and this has been the case since 1929. Gordon Brown had previously considered such plans for new taxes under Sir Michael Lyons’ review into local government finance, and suggested it could raise up to half a billion pounds in higher taxes a year. Sir Michael Lyons is continuing to advise Ed Miliband on housing and planning policy.

Conservatives warned yesterday that this will lead to rural unemployment and force up the cost of a weekly shop. 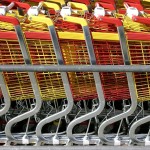 “Labour’s new tax on the countryside will decimate the farming industry and force up the cost of food, resulting in a more expensive weekly shop for hardworking people. Labour’s plans for more borrowing and more debt will mean higher taxes – and Labour are dusting off Gordon Brown’s old policies, clearly eyeing up rural Britain to pay the price, irrespective of the economic damage it will cause.

“By contrast, Conservatives in Government have cut business rates on small firms, and our long-term economic plan is helping revive Britain’s high streets.”