The Airport Commission has rejected an Estuary Airport for London, as championed by the Mayor Boris Johnson and in response Heathrow Hub says it is now the only politically realistic option.

This week we have seen that, sensing this defeat, Mr Johnson has subtly changed strategy, says Heathrow Hub. Forced to backpedal on his plan to close Heathrow, Mr Johnson said in his Telegraph column on 1st September that Heathrow can remain open as "an Orly-style airport." He continues to rule out Gatwick expansion on the basis that it cannot provide the hub capacity Britain needs.

Now that his own plan has officially been ruled out Mr Johnson is being asked to back Heathrow Hub, the independent proposal short-listed by the Commission. Heathrow Hub envisages extending the existing runway, an innovative noise reduction programme and a transformative surface access plan.

Jock Lowe, the longest serving Concorde pilot and one of the promoters of the Heathrow Hub scheme said: 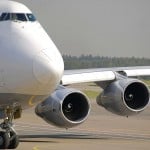 "Now his own proposal has been ruled out, I hope Boris will see that our proposal as just the sort of creative idea which should appeal to him. We can deliver the new airport capacity required cost effectively. And by extending the existing runway we bring no new communities in West London into the noise footprint, so ours is now the most politically realistic plan still being considered by Airports Commission. We again respectfully ask Mr Johnson to get behind Heathrow Hub in delivering this important project for London and for the nation."

"Boris Johnson's fantasy island airport plan which would have closed Heathrow and caused longer passenger journeys has finally been dashed.

"Time and public money should never have been spent on his vanity project whose costs have been put at up to £100 billion.

"This back of a fag packet scheme was designed less for the country's economic future and more for the omnishables Mayor's political ambitions."

"If Boris Island had got the go ahead, it would have caused huge damage to wildlife in a richly populated conservation area – not to mention the disruption, and air and noise pollution for those who live in the area.

"The overall business case for further expansion of our airports is just not convincing, as it is not compatible with meeting our climate change targets.

"Increasing our reliance on air travel means increasing the risk of climate change – Boris should direct his energies into encouraging businesses to use video conferencing and new technologies, instead of building unnecessary new airports."

"The Thames estuary option, for all concerns raised, is a radical and visionary solution to the real capacity and connectivity problem. We've been talking about the capacity issues since the 1960s and we could still be talking about this in 2060. From a business and economic perspective, the conversation has gone on long enough and a decision on the solution needs to be made."

"For UK PLC, the decision not to proceed with the Thames estuary project must not kick a decision on the overall solution into the long grass. The need for additional capacity and connectivity is a real and present danger to the UK's global competitiveness. What we want to see is cross-party political commitment to action."

Higher taxes are good, claims the Archbishop of Canterbury