EU and the Race to the Bottom

The truth is now coming out. The EU blames the UK for people wanting to come into the country because our welfare system is ‘too soft’.

And, as a member of the European Union, we have to hand it out equally to all who live or come to live here.

Theresa May’s proposals to have the free movement rules changed (supported by Germany, the Netherlands and Austria) have been dismissed by EU Justice Minister Viviane Reding, who said that we shouldn’t blame the EU or European Commission for the problems, but the ‘national systems that are too generous’! She then went on to say that we could change our welfare system if we wanted to and adopt existing EU rules.

People should now be in no doubt that for the EU to work the way the federalists want it to, our welfare system will first have to be downgraded.

<rantstart>This is a race to the bottom that will eventually force EU-wide intervention. As each state finds itself being the the one with the best welfare system they will reduce it so as to keep the ‘pull factors’ that attract anyone but the brightest, fittest and best below the EU average. And this will continue until all countries offer the same, which will be whatever the EU decides, not what nation states want for their people. Out of this will emerge a huge underclass throughout the EU, which will have to be tackled by, yes you’ve got it, EU control of all social and welfare matters. It could even spill over into areas such as healthcare.

All countries in the EU could be forced to hand over their welfare money to put into a central pot, which would be redistributed to all those across the EU deemed to be in need of it as an EU welfare state is established – with no national government able to say no. That way no single country ever becomes a welfare honey-pot. How can it go any other way? Then the levels of welfare can be set to ‘encourage’ work across the EU and national governments will wring their hands and say it’s not their fault that some are homeless, starve or die of cold.

The UK (and an ‘independent’ Scotland within the EU for that matter) would be unable to determine how the unfortunate are treated within their own borders. Unless of course the people of that particular country are prepared to pick up the potentially enormous tab.

But it gets worse than that, it would also require an EU led ‘command economy’ marshalling resources to get all those unemployed back into work; all on an ‘equal’ footing across the EU. With grants and subsidies (probably on borrowed money) being given to large corporations to open factories in deprived areas and handouts given to people to get them moving across countries to where the work is – or starve because the welfare state has been ‘re-organised’.

What a dream come true for the giant corporations. Being paid to open work-places and having labour herded around the continent for you to take your choice of and not having to pay for a full welfare system. And you wonder why businesses like the EU but not the red-tape.</rantend> 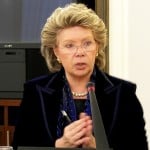 It is also worthy of note that Mrs May has called for a reform of ‘free movement’ saying:

‘For future accession treaties, we must be able to slow full access to each other’s labour markets until we can be sure it will not lead to mass migration.

‘This could, for example, be achieved by requiring new member states to reach a certain level of income or economic output per head before full free movement is allowed.

‘Second, looking ahead, we must seize the opportunity presented by the Prime Minister’s plan to reform the EU and address the problems caused by free movement.

‘For example, why shouldn’t national governments be allowed to impose a cap on numbers if European immigration reaches certain thresholds?

‘Ahead of the lifting of transitional controls on Romanians and Bulgarians, the Government is doing everything it can to make sure our rules are as tough as they can be and we are addressing the pull factors that encourage people to come to Britain. But in the future, it is right that the national governments of the EU reform the way free movement rules work.’

Now why weren’t they talking like this years ago? They weren’t because they don’t really believe in immigration controls within the EU, just business. They are only talking now when it’s too late to do anything concrete except just to be seen to be doing something so as to placate the electorate.

Just think, without Nigel Farage and UKIP we would still be gagged by fears of being called racist for bringing this up and not even be hearing anything about it – just wearing the consequences down the line.

My First Encounter with Air Force One

Why consumers need to feel the pinch