The EU and UK will agree to break up Northern Rock, Lloyds and RBS. In their push to reduce the size and impact of individual banks on not only the market put also the country as a while, they are pushing ahead with plans to bring new blood into the banking industry. 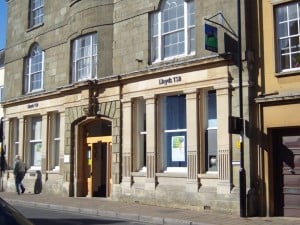 Northern Rock will be the first. It will be split into a good bank and a 'bad' bank. The good bank with the safest assets will be sold off to bidders such as minor UK banking players like Virgin or Tescos. The bad portion, which may be up to three times the size of the good part, will be held by the UK government and assets sold off in slow time in the future.

Then, over the next three to five years Lloyds and RBS will be split and assets sold off. No other major UK players will be allowed to get their noses in, as the whole aim will be to increase competition by increasing the number of players and removing monopoly by size from the UK banking sector.

Santander will probably be allowed to take part in purchases as they are still a minor player in the UK.

The government are desperate to get new players in even while the banking sector suffers further consolidation as Barclays acquires Standard Life Bank.

Although the new kids on the block will be far smaller than the 'Big Four' of Lloyds, Barclays, HSBC and RBS it is hoped they will bring innovation and speedy market reaction to the industry.

The arrival of new banks is to be welcomed. Recently there have been so many mergers that customer choice and competition have suffered greatly. The government aim for example is to cut LloydsÂ  market share from 30% to 25%. This is not going far enough. It will still see the largest players as 'too big to fail'. What we need is a massive increase in the old fashioned local building societies and banks giving good local service. Efficiency by economy of scale has proved to be a false expensive aim for both the banking industry and the economy.

Is politics child’s play after all?

Levy says neither Greece nor China changes the global picture