In the last several years, EU-China relations have been turbulent, and the summits have also been marked by tumult. For years, China and Europe have been struggling over trade and tariffs, with Europe claiming the Chinese industry is overtly subsidized.

2010 proved to be problematic when Chinese Premier Wen Jiabao – expecting that China would be granted the long awaited Market Economy Status (MES), which confers European recognition that China is a market economy and provides some anti-dumping protection – was instead handed a list of demands, during his Brussels visit.

The economic relations have though moved forward quite well. â‚¬113.1 billion in European exports to China and â‚¬281.9 billion from China to Europe in 2010. And Wen Jiabao’s recent trip to Europe resulted in promises of significant investments to help the faltering European economies like Spain, Greece, Portugal and Hungary. This will give China a political dividend in the future.

But, during the G-20 meeting in France, China remained non-committal to the request of EU leaders that China will invest in the European Financial Stability Fund (EFSF) unless and until the situation with Greece has been clarified.

The widely-held view among China's officials is that the European market is not dynamic enough and, even if Europe manages to stabilize the financial markets, it will still be difficult for the European Union to come up with a new stage of growth, gains, productivity and innovation that could prevent such a financial crisis from happening again.

Chinese companies have already invested in the Italian ports of Naples and Taranto, both seen as important bridgeheads for Chinese exports in Europe.

By purchasing bonds and strategic investments as well as exploiting European internal divisions because of the financial crisis, China is slowly taking over Europe.

Because of the lack of cohesion on the continent, China has an open door to deal bilaterally with individual member states to exploit their divisions. As of today European politicians prefer short-term visibility to coordination at EU level and there is little sign that they will be able to overcome their internal divisions.

While China may welcome Europeans and their investment, they continue to make it difficult for companies that want to bring new technologies into China; and this despite stronger political ties between Beijing and Brussels. Foreign companies wanting to enter the Chinese market had to hand over technical information. Furthermore, companies that work in what China considers "strategic sectors" are only allowed to enter the Chinese market as part of joint ventures. 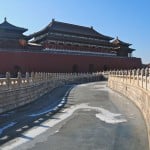 Either the EU gets tough in its demands, by threatening to shut Chinese firms off, barring them from tendering for public contracts in Europe, or it allows China to pick off one country after another.

What should happen is the establishment of parity in trading relations in the long term. A modus vivendi must be established before the EU and China can become more than just trading partners.

Issues like Market Economy Status(MES) and the continuing European arms embargo against China weigh heavily on the relationship, and have no clear resolution in sight, while any European effort to speak out on human rights draws a sharp rebuke from China. Europe should not consider it a mistake that lecturing China on human rights is counter-productive. China is well aware of Europe's distaste for its harsh treatment of dissent in China. The decision to release Ai Weiwei, the dissident Chinese artist and Hua Jia, another prominent human rights activist, which coincided with Wen Jiaboa’s latest visit to Europe makes such discussions inevitable.

Europe must establish a coherent voice on these issues and figure out what, beyond trade, it wants out of the EU / China relationship. Dramatic changes in EU / China relations are unlikely anytime soon. China will continue to want what Europe cannot give, while Europe's fractured decision-making will impede any capacity to move things forward. At the same time, China and the European Union will remain crucial trading partners while China's recent investments in European debt is merely strengthening the link.

For the time being this is not a strategic relationship but accepting the limits of current dynamics would be a good start. A more self-confident Europe will have to demonstrate a more aggressive way of dealing with China if it wants its China policy to be credible.

Negative Interest Rates in the Eurozone Could Boost UK Exports

'Tis The Season For Children's Savings

The Reload Greece Challenge shaped a new perspective on entrepreneurship