The long awaited Circular Economy package was released today in Brussels, setting out a range of measures to increase the resource efficiency and sustainability of the European economy.

The Environmental Investigation Agency (EIA) welcomes the package, which contains measures that can significantly impact the amount of marine plastic pollution in European waters.

Plastic waste has polluted the oceans to such an extent that no area remains uncontaminated. Less than 25 per cent of collected plastic waste is recycled and about half ends up in landfill. Efforts to reduce packaging and to increase reuse and recycling can have a huge impact on the amount of waste reaching our seas.

Proposals issued today include a legally binding recycling rate of 65 per cent across the EU by 2030 and a maximum limit to the amount of household waste that can be landfilled at 10 per cent by the same year.

The European Commission’s communication reiterates the aspirational target of “reducing marine litter by 30 per cent by 2020” and promises specific action from 2015 onwards to reduce marine litter, along with a strategy on plastics in the circular economy in 2017. However, the specific details are unclear. 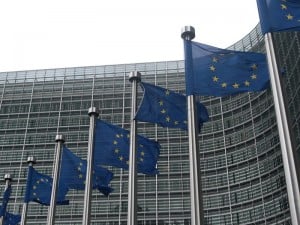 “Although a more ambitious package than its predecessor was repeatedly promised by the Commission, the new proposal’s legally binding targets on recycling of household and package waste have been weakened.

“Moreover, a marine litter target of 30 per cent is hardly aspirational given that, according to the Commission, the watered down legislative proposals should deliver the 25 per cent reduction without other measures that have been promised or are already underway.

“Despite this, the package forms a framework for more coordinated and effective European Union action on marine litter and we look to the European Parliament to strengthen these measures in order to deliver the promised ambition.”

The European Parliament has already called for a more ambitious headline target of 50 per cent by 2025, while Member States are required to develop national targets as part of the Marine Strategy Framework Directive (MSFD).