UKIP Spokesman Tim Aker has slammed another European ruling that once again demonstrates the British government's subservience to the European Courts.

The European Court of Justice has ruled that the European Charter of Fundamental Rights will be enforceable in Britain. That is despite Mr Justice Mostyn, one of Britain's most senior judges, making clear that the Lisbon Treaty originally provided an opt-out for Britain.

"Britain's Human Rights should be decided by our own politicians in our own Parliament. Instead, far from taking powers back from Brussels, David Cameron presides over a government that is still pathetically weak in standing up to European meddlers.

"Once again we see that Tory ‘euroscepticism’ is a pipedream rather than a working reality,” said Mr. Aker who is Head of UKIP’s Policy Unit and a European Election candidate.

“They claim that their rusty 'referendum lock' will trigger a public vote when significant powers are shifted. Surely there should be a vote tomorrow given this sinister development?

"This charter essentially means that even if Britain scrapped the Human Rights Act, a damaging European criminals’ charter would still apply.” 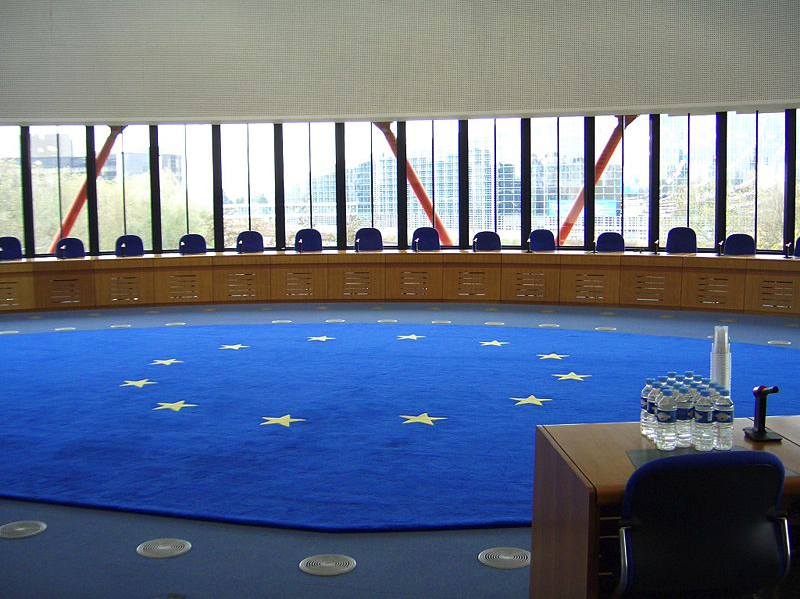 ECHR court room by Djtm at the German language Wikipedia