The campaign charity also urged the EC to stand up to pressure from a number of Member States, including the UK, and set bold, binding targets for renewable power and energy efficiency.

Friends of the Earth is calling for the European Commission to set targets in line with latest scientific assessments of global climate and show real leadership ahead of crucial UN climate talks in Paris in 2015.

• A 2030 target for cutting EU emissions. The EU is expected to propose a binding 40 per cent reduction target (based on 1990 levels). The latest science requires the EU to double its proposed target if it is serious about preventing a two degree centigrade rise in global temperatures.

• 2030 targets for renewable energy and energy efficiency. The UK Government is lobbying against mandatory targets, which would make it less likely they would be met. Friends of the Earth is calling for mandatory targets to ensure that 45 per cent of the bloc’s energy comes from renewable sources by 2030; and that Europe is required to cut its energy-use by 50 per cent of 1990 levels by the same date.

The EC is also expected to publish guidelines on fracking. Friends of the Earth is concerned that these guidelines will also be weak, following concerted lobbying led by the UK Government, as revealed last week. 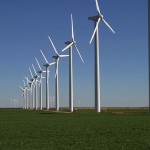 “Europe’s climate leadership will ring hollow if it fails to take bold action against the threat of climate change and the devastating impacts it will have on us all.

“The EU must set ambitious targets in line with the latest science for tackling climate change, as well as mandatory goals for energy efficiency and renewable power.

“The Commission’s own research shows that rapidly decarbonising Europe would not only be good for the environment, it would also create new jobs, boost the economy and save millions from ill health.

“The EU must stop dancing to the tune of the big polluters and energy guzzling firms, and get on with the urgent task of building a clean, safe and prosperous future.”

Plagiarism in the classroom