Green Party leader Natalie Bennett has called on the EU’s diplomatic leader to act to find US whistleblower Edward Snowden a place of safe asylum.

Mr Snowden is currently believed to be in the transit area in a Moscow airport, and a plane carrying the Bolivia’s president home from Russia was refused permission to fly over several European states on the suspicion that Mr Snowden might be on board, causing a serious diplomatic incident.

Ms Bennett said Catherine Ashton, the High Representative of the Union for Foreign Affairs and Security should be taking a lead in view of the fact that Mr Snowden had clearly acted as a whistleblower, exposing in the PRISM and Tempora programmes what the EU Justice Commissioner has identified as breaches of what should be “mutual trust and good practices in relations between friends and allies”.

Ms Bennett said: “The UK, and many other European states, have whistleblower legislation that explicitly protect individuals who speak out about wrongdoing, and it is clear that Mr Snowden were he a national of those states would be eligible for that protection. Additionally, European states owe him a debt for exposing the action that the US was taking against them. 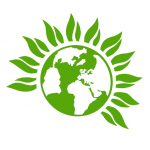 “The United States should be treating Mr Snowden in this manner, but given this seems unlikely, the European Union, and individual EU states, as beneficiaries of his revelations, have a responsibility to act in ensuring his security.”

The French, German and Finnish Green Parties have each respectively called on their countries to offer asylum to Mr Snowden.

Ms Bennett added: “The normal requirement for someone being in the country in which they are requesting asylum should clearly be waived in this case. Mr Snowden should be given a chance to peacefully and safely reveal further information, and to rebuild his life in a safe haven, whether in Europe or outside it.”