A proposal to be debated in the European Parliament in Strasbourg today aims to redefine EU waters to include the seabed.

Just to put this in its wider context, it does mean that all EU countries with a seabed will also be affected. Also, overall the sweeping changes to the EU Common Fisheries Policy have been welcomed as the way forward to boost fish stocks, stop overfishing and the wasteful process of discards (throwing away unwanted dead fish due to quotas).

But this one little amendment, which was spotted by UKIP MEP Stuart Agnew, could mean the UK losing control of its access to undersea resources within its territorial waters. Although the Crown Estates said that as it does not control fisheries it would not be affected.

The Department for Environment, Food and Rural Affairs (DEFRA) says that this is only about making sure that fish on the seabed are covered by the rules. And an EC spokesman said that it was not about the EU seizing power over the seabed. 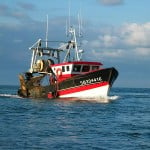 Then what is the point of the amendment, unless of course it is designed to enable the EU to control the seabed for the benefit of the fish. And if that is the case then to which authority do oil drillers for example go to for the final say and licence? After all you have to go through the seabed and damage it to get at the resources underneath it. And those that control the seabed will always control what is underneath. Would we end up horse trading with the EU just to get at our own resources?

It’s bad enough that the UK has handed its fishing waters over to the EU with, up until now, disastrous consequences. We now see the EU further salami slicing to gather even more resources under its remit.

It is from throwaway lines like this in laws and agreements that so much can be lost. This amendment should be rejected.

But further it is our membership of the EU that allows it to keep making these attempts at slowly eroding our sovereignty bit by bit, it is now time to leave and take control of our own destiny. In the process we will save ourselves a lot of money as well as regaining full control over our waters.

UK Summer of sport could cost the economy over £100 million