Britain's security is being imperilled by its membership of the European Union, a new Civitas publication argues. The reluctance of many European states to deploy military force and their low levels of defence spending are compromising the UK's position, professorial research fellow David Conway says.

While the status quo – allowing Britain to maintain its defence alliance with the US and Nato – suits Britain, that is being undermined by the continued military integration of the EU. UK security would be better served by withdrawing from the EU, Conway writes.

"Should it ever have to choose between America or EU membership, its security would be better served by continuing its alliance with America than by remaining an EU member," he writes in 'With Friends Like These… Why Britain should leave the EU – and how'.

"In practice, Britain's security is becoming ever more compromised by its continued membership of an EU that is beginning to become more integrated militarily."

Conway argues that Britain's external security would be better served by its withdrawing from the EU and pursuing its defence collaboration with other European states, or through Nato, or bilaterally.

The more integrated EU states' military capabilities become, the more reliant they are for security on the EU and less able to deploy unilaterally. 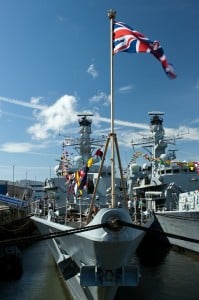 "Any greater reliance on the EU could well jeopardise Britain's security because, apart from France and a couple of other member states, Britain's EU partners have consistently shown themselves to be less willing to expend public money on defence.

"The reluctance of so many EU member states to deploy military force bodes ill for Britain, especially if EU defence integration means that Britain will increasingly have to look to the EU for security rather than depend on its own capabilities or those of America."

Conway's warning of defence is part of a wide-ranging survey of Britain's relationship with the EU which says the UK has lost out both economically and politically by being a member.

"Britain and its people would be able to enjoy more freedom, justice, democracy, as well as greater prosperity, were it to leave the EU."

Conway backs a future UK-EU relationship dubbed 'EEA lite', which would see Britain leave the EU but remain part of the European Economic Area. Britain would then be able to negotiate free trade deals with other countries, and would not be subject to EU directives and regulations (apart from those pertaining to trade with the EU). Crucially, EU interference in British law and justice would be negated, and Britain would be able to repeal whichever laws it wished.

By way of an exit strategy, he proposes Britain should wait until the negotiations over the next EU treaty and use its veto power to achieve 'EEA lite'.

"There is an increasingly promising prospect that Britain will be able to secure a better deal with the EU on the back of a new EU Treaty primarily intended to resolve the euro-crisis", Conway argues. Only then, with this trade framework in place, should Britain formally announce its exit from the EU.

"It is… within the context of EU negotiations for a new Treaty that Britain's best prospects lie for being able to regain the economic and political freedoms it has lost to Brussels without having to forgo continued full access to the Single Market."

Eurozone will hit recession while the rest of the world grows

Policeman prosecuted for ‘knocking suspect off of his bike’ during chase