The Prime Minister, David cameron, has been warned that there may not be enough parliamentary time left to get James Wharton’s private member’s bill for an EU referendum onto the statute books.

It also appears that the PM will not have the ‘nuclear option’ of using the Parliament Act to force this bill through available to him. It could though be used on a new similar bill if one was introduced by another MP later on this year.

As this is a central plank to the PM’s re-election campaign this will come as an embarrassment. An embarrassment that Nigel Farage’s UKIP will be sure to use to the full advantage. After all, if this bill fails the danger is that the 2015 general election will truly become an EU referendum election with the choice between a ‘LibLabCon stay in the EU’ or a ‘UKIP leave the EU’.

The warning came as a result of delays being experienced in the passage of the bill through the House of Lords.

In a report published by the House of Lords Select Committee on the Constitution it says: “The requirement in the House of Lords for minimum intervals between stages of a bill may make it unlikely that the bill would finish the Lords in time for any amendments passed by the Lords to be considered by the Commons on Friday 28 February 2014.”

One of the items the report mentions is the wording of the referendum question and whether or not the House of Commons took the views of the Electoral Commission properly into account when passing the bill through the lower chamber. 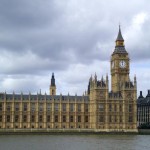 The report also raises the question of how the referendum is to be conducted and points out that the shortness of a private member’s bill usually precludes the inclusion of detailed schedules (as it does here). But without specific details on how the referendum is to be run the bill could, if it became law, be subject to legal challenge because the Secretary of State would have to make the rules afterwards.

Both of these matters would add a lot of time to debating the bill should they be raised in the House of Lords.

Then, if it does come back with amendments to the Commons, more time would be needed to debate those changes.

It looks like the bill will wither on the vine – that’s politics for you.