The people of Britain want to be given the chance to vote in a referendum on the issue of remaining in the EU, says a recent opinion poll.

In a poll commissioned by the Times, Populus asked 2,006 adults for their views between the 8th and 10th June on whether they should be offered a referendum.

Put simply, based on the survey results, 82% of the population want a referendum.

The respondents were also asked whether the UK should be part of the single market in a wider European Community. Four in ten people (40%) said no, 32% said yes and 27% did not know.

Another question asked was do you want the UK to remain in the European Union, with the option to join the Eurozone? Once again the ‘nos’ had it with 44%, with 36% saying yes and 19% said they didn’t know. 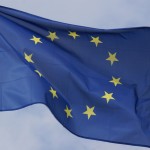 The poll results also seem to have been reasonably political party blind in that the results were evenly spread across Labour and Conservative supporters with a slightly lower support for a referendum amongst LibDem supporters (78% compared to the average 82%).

It must now be pretty apparent to the government – the voters want a referendum. The people of Britain should now be given the opportunity to have their say and be trusted to know what is in their own and the country’s best interests.

But I suppose we'll be fed the usual 'the time's not right' and be reminded that the peoples' representatives recently voted against one.