A coalition of NGOs are today delivering an open letter to Lord Jonathan Hill, the EU commissioner responsible for financial services, urging him to tighten up rules proposed rules for addressing excessive price speculation on food and other commodities in financial markets. The letter, signed by groups including Global Justice Now, Oxfam International, Action Aid International and over 5,000 individual signatories, warns that:

“High and volatile food prices have had a devastating impact in poor and food dependent countries, causing increased hunger, poverty and instability. They also affect agricultural producers as well as consumers in the EU and around the world. Strict limits need to be set consistently throughout the EU on the amount that companies and persons can bet on commodity prices in order to curb harmful speculation.” 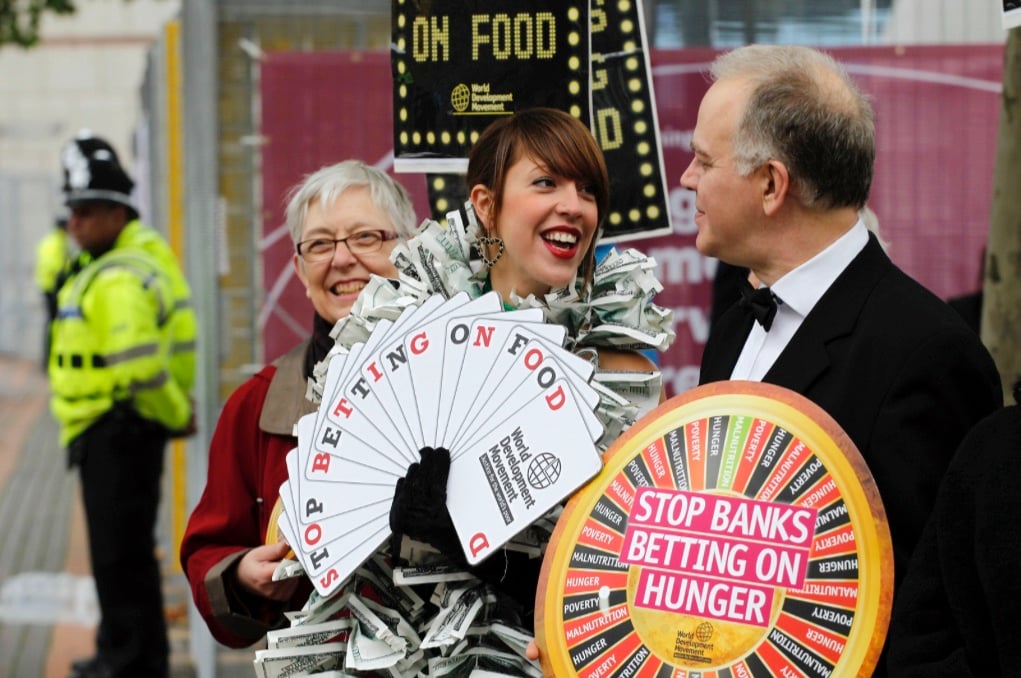 In January 2014 the EU agreed to introduce position limits in the commodity derivatives markets through the ‘Markets in Financial Instruments Directive II (MiFID II)’ legislation. Position limits restricts the amount that companies can bet on commodity prices and was a key policy ask of the four year campaign involving hundreds of thousands of people across Europe.

“The details of this legislation are incredibly technical and impenetrable to ordinary people, but the impacts of it are terrifyingly simple. Unless the Commission is willing to back stricter rules on food speculation, we risk unleashing a series of price spikes of staple foods, causing hunger and widespread food insecurity for  millions of people around the world. Food is one of the most basic needs of humanity and food prices should not be treated like a gambling game for corporations to make huge profits from.”

Lord Jonathan Hill, who is the commissioner for financial services, was appointed by David Cameron  to the post in 2014 and has a previous career in PR and lobbying.  The UK has fought within the EU to protect the banking and financial sector against the regulatory crackdown that followed the banking crisis.

The Enduring Implications of the Battle of Orgreave