The EU is demanding that nationalised UK banks effectively default on all or part of their issued bonds in order that the money be used to pay back the taxpayer first. This takes the bail out repayment responsibility down the risk chain through 'ownership' into 'loanership' territory (dividends on nationalised banks shares have not been paid since 2008). 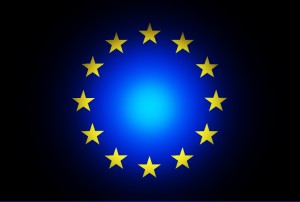 The problem is that many of these bonds are held by life insurance and pension companies and if these coupon payments are not made to them the repercussions could be extremely severe for us all.

The markets have been expecting such a move and related bonds such as RBS and Lloyds are already trading at a discount. Should this come about many funds may be forced to ditch these bonds in the hunt for income bearing securities.

In response, another type of financial instrument has been invented. It is a 'contingent capital' instrument that has been dubbed, wait for it, the 'Death Spiral Covertible'. This is a convertible bond that will pay a high coupon interest rate in return for bearing the risk of converting to an equity if the bank fails. Lloyds is planning to use these to shore up its capital position. What it says to me is that banks are still high risk.

It seems that the taxpayer cannot get its money back without costing, well, the taxpayer in the form ofÂ  pension and investment growth.

Also strange that a nationalised organisation would default on a bond, surely these should be the next best thing to a Gilt?

Worse still, the way the banks think to use to get out of it is another financial instrument ………….