Skilling up the older workforce, supporting more older women in work and improving health have been highlighted as key priorities for European Governments who want higher levels of participation of older workers.

A new International Longevity Centre –UK (ILC-UK) report, Working Longer: An EU perspective, supported by Prudential, explores how the EU and its 28 members have responded to the working longer agenda.

The report argues that older people have not been exempt from the impact of the recession and that Governments should put extra resource into tackling ageism and creating the right sort of jobs for an older workforce.

The report was launched at a debate in London where Pensions Minister, Steve Webb MP presented the UK Government’s plans for maximising the potential of older workers.

The report highlights that:

â€¢Â Europe faces significant skills gaps due to demographic change. In the UK alone there are 13.5 million job vacancies, which need to be filled over the next ten years, but only seven million young people are projected to leave school and college over that time.

â€¢ Across Europe, incentives to retire early have gradually been removed, whilst state pension ages have begun to increase. But some incentives for early retirement remain across EU Member States.

â€¢ Government initiatives to support older workers are often poorly evaluated for effectiveness. As a result it is difficult to “learn from the best”.

'Working Longer, An EU perspective' analyses the situation across the EU and identifies examples of interventions from across Member States including:

â€¢ France has introduced a gradual retirement scheme, which allows workers to reduce their working hours on reaching 60 (62 in 2017) and receive a proportion of their pension in return.

â€¢ The Finnish government has invested in the KESTO-program, which built up a database for research on extending working life.

After analysing the situation across the EU-28, the report explores seven challenges for the EU and Member States:

Achieving gender equality. In every EU Member State, the life expectancy of women is higher than that of men, by 5.9 years on average. Yet despite living longer across the EU, women participate less in the labour market and retire earlier.

Skilling up the older workforce. The current cohort of older workers in Europe have low levels of education and qualifications compared to younger groups.

Supporting older people in the recession. Across Europe, a relatively high proportion of unemployed 55-64 year olds have not worked for 12 months or more.

Matching demand and supply in the labour market. There has been inadequate focus on the extent to which Europe’s economy has been creating the right sort of jobs to meet the needs and wishes of the supply of older workers.

Recognising the diversity of the working experience. Policymakers need to take into account the fact that older workers across Europe are more likely than other ages to be self-employed, on open-ended contracts, or working part-time. 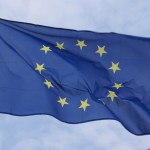 The report argues that European decision-makers and Member States should:

David Sinclair, Assistant Director of Policy and Communications at ILC-UK said: “Europe’s economy is driven by the skills and talents of its people. As our society ages, it will therefore be increasingly important to make the most of the potential of older workers. Yet few European Governments have got to grips with the challenges of an older workforce. We must not however, pitch one generation against another. European policymakers must focus on tackling the barriers employability across the life course. Flexible working and opportunities for people of all ages to develop their skills are vital. We must tackle ageism whilst also offering older people the opportunity to retire gradually. Governments across Europe must better evaluate initiatives and share their successes with their colleagues”.

Speaking at the launch of the research, Pensions Minister, Steve Webb MP said:

“There are more older people in work than ever before, despite difficult economic conditions. Back in 2011 we took action so that older people were no longer discriminated against by abolishing the default retirement age.

"I am determined that more employers will make the most of the talents and experience of older workers."