The European Parliament voted last night to restrict speculation by banks and hedge funds, to prevent them driving up food prices and fuelling global hunger.

In a vote hailed as a positive step by anti-poverty campaigners, the parliament gave the go-ahead to new regulation aimed at curbing speculation on food prices. Speculation on the global commodity markets has played a major role in causing a series of price spikes over the past six years that have left millions of people unable to afford enough food.

The World Development Movement has welcomed vote, which gives the parliament’s seal of approval to the new regulation agreed by negotiators in January. The campaign group has urged the European Union to ensure the regulation is implemented effectively. It says the UK government’s opposition to strong controls has resulted in loopholes, and it has warned the EU against allowing pressure from the finance industry to further weaken the regulation. 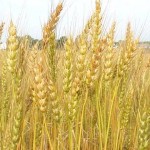 Goldman Sachs, Barclays, Deutsche Bank, JP Morgan and Morgan Stanley together made an estimated £2.2 billion from speculating on food including wheat, maize and soy between 2010 and 2012 alone.

“Public anger over banks speculating on food has been enormous, and the European Parliament has recognised this concern by backing the new controls. The challenge now is to make sure the regulation is effective by setting limits on speculation at levels that will genuinely tackle the problem.”