It’s been another bumpy ride but it seems the Euro bears keep getting squeezed, and whilst there’s plenty of sell interest in the rally and concerns over whether Greece can get its debt haircut, there’s also a heap of Euro buyers out there still, fearing that what doesn’t keep going down must inevitably go back up.

EURUSD broke up through resistance at 1.2950 shortly after I signed off yesterday and then it was the next expected battle at 1.2980-1.3000 before eventually breaking and shorts were forced to cover. We didn’t fly through but eventually hit 1.3053 before falling back to the now pivotal 1.2980-90 later in NY as Greek bailout talks faltered again.

Opening up around 1.3000 in Europe we’ve since seen some heavy EURJPY demand, prompted by large fund buying of USDJPY, and this has forced EURUSD back up to 1.3063 as I type. The massive level now remains 1.3080 which proved major resistance before Xmas and we can expect more Euro bears to finally throw in the towel, for the moment at least, should this break. 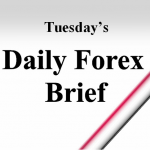 The knock on effect for the Euro elsewhere is evident and it’s as much this impact as any change in Eurozone fundamentals that is driving these markets right now. EURGBP is testing 0.8390 right now (GBPEUR 1.1918) having held the 0.8350 pivot line (1.1976).

The Pound’s a mixed bag again but mainly lower with GBPUSD failing to hold above 1.5600 on its one attempt yesterday.

Not much in the way of data again today. But that doesn’t seem important right now given the volatile price action of the past 24 hours and we can definitely expect more of the same today as the Eurozone rhetoric continues.

And finally for a couple of my keenest readers and long time friends (you wouldn’t think that compatible huh?!) a big shout out to the Palace tonight as they try and get past Cardiff for a place a Wembley in the League Cup Final. And yes guys, I will expect a day-out should that happy event occur! Oh, and did I mention that despite losing 3-1 on Saturday the mighty Shrimpers are still top of League 2, defying the old adage of coming down with the Xmas decorations.

Doctors blame 'no win, no fee' on rise in medical claims