By Jay Hawk at Orbex

The Euro is selling off against the Dollar and other majors this morning due to growing expectations of a dovish rate statement after this coming Thursday’s ECB rate decision. Traders are also increasingly discounting the possibility that the European central bank might even begin quantitative easing measures before the end of the year.

The EUR/USD rate is also under pressure in part due to statements made last week by ECB Governing Council member Ewald Nowotny. Nowotny spoke about the Eurozone’s economy to reporters in Alpbach, Austria on Friday, saying that, “It’s no secret that we are seeing somewhat of a downturn in the economy”. He continued with, "I am concerned as well. What I have presented here is not a really great success story. We had expected an upturn in the euro zone and we have an upturn – 2014 is better than 2013 – but it is weaker than expected." 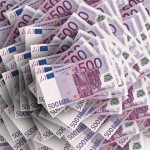 Nowotny, who is also the governor for Austria's central bank, refused to enter into a debate on the ECB's monetary policy, although he noted that monetary policymakers must consider both demand and supply.  "In my view the central issue at the moment is the demand side. We have massive un-utilised resources". Nowotny added that, "No one intends to push a country that is in an economic downturn even deeper into the abyss."

His comments were significant and gave the market further reason to sell the already beleaguered Euro, which continued its Friday decline against the U.S. Dollar over the weekend and into this morning’s Asian session.

Jay Hawk personally leased seats and traded as a specialist market-maker with a broker/dealer license on major U.S. trading floors. He also ran stock and options broking desks with hundreds of retail and professional accounts, and I actively managed trading portfolios for private clients as large as $30 million both on and off the trading floors.

Jay Hawk joined Orbex as a member of its Research Team with the goal of contributing to the company’s vision of empowering traders with forex knowledge and astute market analysis.