Despite a post rate-cut move higher to 1.3454, matching the highs of the previous rally, EURUSD was then sold down to 1.3313 on unexpected comments from ECB President Draghi.

During the press conference he effectively moved the goal posts by stating that the ECB would not finance European governments by lending to the IMF to then bail-out debt ridden nations, stating that it was it in the European Treaty. Such a finite stance was not what the market was expecting or had priced into bond prices and we saw a Euro sell-off across the board. Furthermore he said there had been no discussion on a bigger rate cut today and that the ECB did not discuss capping bond yields.

Markets were expecting additional “non-standard” liquidity measures from the ECB during the press conference, and indeed it got them including two LTROS (Long Term Re-Financing Operations) of 36 months duration, full allotment for banks at fixed rates, easier collateral rules for asset-backed securities and central banks being allowed to accept bank loans as collateral. What the market wasn’t expecting though was the ECB effectively shutting the door on further assistance, and Draghi was keen to point out that he was surprised the market misinterpreted his comments last week about the ECB helping out if the EU got its actÂ  together. Given what he said it’s difficult to see quite how we were to think otherwise. 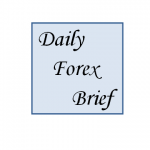 EURGBP fell in line with the general wave of selling and we saw strong support at 0.8510-20 breached to touch new recent lows of 0.8496 (GBPEUR up to 1.1770), while EURCHF gave up ground to touch the 1.2330 area. We’ve seen rallies in both pairs since but traders remain nervous.

With the vital EU summit shortly to get under way it’s difficult to imagine that the EU leaders were not aware of the ECB’s now-clearly stated position and one might conclude that Draghi has been collared by Chancellor Merkel. Either way they’ve got to have something else up their sleeves or the problems they face in finding a solution just got a whole lot worse.