Yesterday’s rumours of a coup in Beijing were, as expected, nothing more than that, or as one of my colleagues eloquently wrote, “as likely as being fronted by Elvis riding in on Shergar”. But nonetheless these rumours move markets and with that one out the way we’ve seen a return to risk-on appetite and Euro buying.

EURUSD has clattered through resistance levels with the usual Asian sovereign names scooping up the dips and we’ve been as high as 1.3284, with EURGBP happy to follow suit with a high so far of 0.8361 (GBPEUR down to 1.1958).EURJPY continues its march higher to 111.17. Stop loss buying of EURUSD is expected above 1.3285 but I’m hearing talk of good size sell orders at 1.3320.

GBPUSD has been a bystander, caught up in the cross-pair fire and has traded in a tight range, still failing to consolidate above 1.5900 but overall the Pound has held onto some of its recent gains, notably versus the weakening Aussie $ and Yen.

This morning at 09.30 GMT we have the release of the BOE’s MPC Minutes from the last interest rate soiree, from which we will try to glean where they’re leaning even if the vote remains the same as before at 7-2. Then at 12.30 GMT it’s time for what is perhaps the most widely leaked UK Budget in history when Chancellor Osborne attempts to placate, voters, coalition partners and economic observers around the globe, not least perhaps the ratings agencies who have warned him not to take his hand off the tiller of austerity. 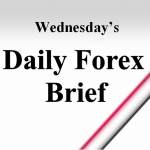 Either way the combination of both events could have impact on the Pound but traders will still be keeping as keen a watch on US treasury yields that continue to guide them along in these choppy waters.

Talking of which it looks like the Shrimpers could do with some help right now having lost at home 1-0 last night to mid table Aldershot… With only a few matches remaining can we yet snatch defeat from the jaws of victory? Mind you, there’s a few strange results out there right now with newly-charged Leeds losing 7-3 at home to Notts Forest in the Championship and Blackburn recording back-to back wins in the Premier.

On another level though we must applaud Messi’s record-breaking hat-trick for Barca last night beating the club record of 232 goals in his 8 seasons there and notching up number 54 for this season alone.

I wonder if he fancies a spell by the Essex seaside…………..?