Yep, not exactly a shock huh? But the Euro has come under pressure again in early trading this morning as a German “government source” was quoted as warning that the EU summit will produce no detailed decisions but seek to accomplish important work on the bigger picture moving forward. Weaker than expected German jobs data hasn’t helped either.

EURUSD from rallying up to the 1.2520 pivot point I’ve been talking about has fallen back through the key 1.2441 support line that it failed to break on Tuesday and been down as low at 1.2407 this morning before finding a few buyers/pausing for breath.

EURGBP also rallied to 0.8030 (GBPEUR down to 1.2453) but has fallen in line with EURUSD and we’ve tested 0.7990 lows thus far, with GBPUSD also coming lower to 1.5527 as investors run scared again that nothing is going to change in Europe anytime soon , if at all.

News just out shows final Q1 GDP for the UK at -0.3% q-on-q and -0.2% y-on-y thus confirming a recession. Small selling of the Pound immediately after but limited due to the market having mostly factored this in already and having attention focussed elsewhere. Q1 Current Account balance came in at -Â£ 11.18 billion compared to -Â£ 7.23 billion in Q4 2011, slightly worse than expected. 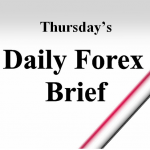 The story about Barclays and the LIBOR fixing scandal, that I reported here when it was first mooted some months ago, is not isolated to UK banks but there are repercussions to come on this for sure.

More data out of the US this afternoon as the EU summit gets under way so expect a flow of hot air to spew out of Brussels.

Meanwhile in Euro 2012 Cesc Fabgregas says he told the ball “to make history” before his match-winning penalty last night. Sure makes a change from praying. Perhaps he’ll reward the ball with a nice holiday somewhere…..

Despite being trusted most on the NHS, Labour remains behind in the polls