Although the UK economic docket was bare on Monday the Pound still managed to recover some of the ground lost in the aftermath of ‘Super Thursday’ during the European session. Sterling returned to trending comfortably above the 1.41 level against the Euro and briefly breached 1.56 against the US Dollar. Some Pound support came from Bank of England (BoE) policymaker David Miles who asserted that he saw a ‘reasonable case’ for voting for the immediate increase of interest rates despite neglecting to do so last week. The day’s only UK release, the British Retail Consortium’s Like-for-Like Sales number, came in at 1.2% rather than the 1.0% expected but news from the Eurozone and US is likely to be the driving force of GBP/EUR, GBP/USD volatility in the hours ahead.

News that Greece has finally brokered a deal to unlock its third bailout saw the Euro post modest gains against several of its peers on Tuesday. However, national parliaments must still vote on the deal before the Hellenic nation can receive any funding so the common currency’s advance was limited. If today’s ZEW economic sentiment surveys for Germany and the Eurozone show an improvement in confidence we could see the Euro move higher as the day progresses.

Friday’s US Non-Farm Payrolls report was well received in some quarters, with many economists deeming it a sturdy enough outcome to warrant the Federal Reserve increasing borrowing costs at the September gathering. However, it appears investors aren’t so certain that the Fed will be moved to take action and the ‘Greenback’ slid against the Pound in spite of the US Labour Market Conditions Index coming in slightly higher than projected. The gauge dipped to 1.1 from 1.4 rather than falling to 1.0 as predicted. Today’s US Wholesale Inventories report could prompt US Dollar movement during the local session.

A surprising move from the People’s Bank of China (PBoC), which saw the central bank devalue the Yuan by adjusting the method of calculating the asset’s daily midpoint against the US Dollar, led to a widespread softening of the ‘Aussie’. The South Pacific asset slumped by almost 1% against the Pound, Euro and US Dollar. Sharp declines in the Australian NAB Business Confidence and Business Conditions indexes also contributed to the Australian Dollar’s bearish trend. 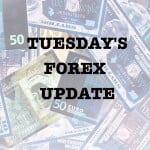 The PBoC’s latest policy shift also sparked declines in the New Zealand Dollar overnight, with the currency sliding against the majority of its rivals. New Zealand’s ANZ Truckometer Heavy report came in at -0.3% on the month, while Retail Card Spending increased by 0.4% MoM in July – less than the 0.5% gain anticipated. Total card spending in the nation increased however, advancing from a positively revised 0.7% figure in June to 1.1% in July.

As a commodity-driven currency, the Canadian Dollar was also affected by developments in China, though to a lesser extent than its South Pacific counterparts. The decision to devalue the Yuan led to a further slump in the price of crude oil, with black gold having already fallen to an 8-month low at the beginning of the week. Today’s Canadian Housing Starts figure could inspire ‘Loonie’ movement. A figure of 195,000 has been forecast, down from the 203,100 number recorded in June.

The Rand experienced a sharp selloff as markets opened and emerging-market currencies bore the brunt of the PBoC’s decision to devalue the Yuan. Today’s South African Manufacturing Production data could lead to additional declines if it shows the month-on-month and year-on-year slumps expected.

The growth of foodbank Britain