With UK data lacking and the positive impact of Tuesday’s better-than-forecast British inflation print fading, the Pound pared gains against its major rivals over the course of yesterday. The GBP/EUR exchange rate fell back to 1.40 as Greece was granted its bailout and repaid the European Central Bank (ECB) on time, but the GBP/USD pairing held ground as the minutes from the last FOMC policy meeting weren’t seen to support expectations for a September interest rate adjustment from the Federal Reserve. The UK’s retail sales figures for July are due out this morning and are forecast to show a sturdy uptick in consumer spending on both the month and year.

The common currency rallied on Wednesday as German MPs voted to approve the third Greek bailout. With all the hurdles to funding cleared, Greece was able to repay the European Central Bank on time and the appeal of the Euro increased accordingly. However, with the focus now shifting to a potential Greek election, the Euro’s gains were a little limited. This morning’s German Producer Price Index printed at 0.0% on the month in July and -1.3% on the year, as forecast.

As predicted by economists, yesterday’s US Consumer Price Index printed at 0.2%. The core measure of inflation, however, came in at 0.1% rather than the 0.2% expected. The US Dollar’s reaction to the news was minimal as investors awaited the release of minutes from the last Federal Open Market Committee gathering. While the minutes did contain some positive remarks, they weren’t seen as hawkish enough to support September rate hike expectations and the US Dollar accordingly softened against its commodity-driven counterparts. Today’s US Initial Jobless Claims and Existing Home Sales reports are likely to be a catalyst for additional ‘Greenback’ fluctuations.

In the initial aftermath of the publication of the minutes from the FOMC gathering, the Australian Dollar gained on peers like the US Dollar and Pound as the prospect of US borrowing costs remaining lower for longer lent support to commodity-driven currencies. With notable ‘Aussie’ data lacking for the rest of the week, any further shifts in the currency will be the result of global economic developments.

While the FOMC minutes did give the New Zealand Dollar a little boost, the ‘Kiwi’s gains were trimmed during the local session as New Zealand’s ANZ Consumer Confidence index for August was published. The sentiment gauge fell from 113.9 to 109.8 – a -3.6% drop which may give the Reserve Bank of New Zealand more ammunition to cut interest rates. New Zealand’s Credit Card spending figures are due out tomorrow and are likely to have an impact on the South Pacific currency. 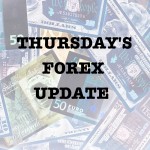 The Canadian Dollar, like its Australian and New Zealand rivals, benefited from the mildly dovish FOMC meeting minutes overnight. All week investors have been waiting to get their teeth into some Canadian data and there’s finally a report scheduled for publication today. However, the Wholesale Sales report is of low volatility and is unlikely to give the ‘Loonie’ much impetus to move unless it delivers a significant surprise. Canadian Dollar fluctuations are far more likely to occur tomorrow when Canadian inflation and retail sales numbers are released.

Although the FOMC minutes appeared to indicate that US borrowing costs will remain low until the end of the year, the emerging-market Rand failed to derive much benefit and remained trending close to a 14-year low against the US Dollar. Growth concerns in China and struggling commodity prices kept the Rand under pressure, as did yesterday’s South African inflation report, which was seen to up the odds of domestic rate hikes.