Friday’s UK GDP report confirmed sturdy quarterly expansion of 0.7% in the three months through June but the data lent the Pound little support as the result was widely predicted. Sterling remained in the 1.36 region against the Euro and dropped to a two-month low against the US Dollar over the weekend despite Bank of England (BoE) Governor Mark Carney asserting that interest rates are still likely to rise in the first quarter of 2016. The UK Bank Holiday meant that the week got off to a slow start but modest Pound movement could occur in response to the UK’s Manufacturing PMI, scheduled for release later this morning. It would take a much stronger-than-forecast print for Sterling to be moved by the report.

Growing speculation that the European Central Bank (ECB) might have to up stimulus to boost inflation in the Eurozone led to the Euro losing ground against Sterling before the weekend. However, the currency bloc’s CPI beat forecasts on Monday (with the non-core measure printing at 0.2% and the core measure coming in at 1.0%) and the Euro rallied accordingly. Today’s German unemployment data could prompt further Euro movement, but investors will also be looking ahead to Thursday and the ECB’s interest rate announcement.

Various Fed officials may have quashed hopes of a September interest rate adjustment – and even reduced the odds of borrowing costs being increased in 2015 at all – but that didn’t stop the US Dollar advancing on the Pound. ‘Cable’ is now sitting at 1.53 and a markedly stronger than anticipated US ISM Manufacturing PMI would have the potential to drive the pairing lower still. There are a number of high-profile US reports due for publication this week, including tomorrow’s ADP Employment Change and Factory Orders numbers, Thursday’s ISM Non-Manufacturing Composite index and Friday’s US Non-Farm Payrolls report. Although the recent downturn in China is likely to have an impact on the Federal Reserve’s rate hike timeline, a succession of positive US releases may keep a 2015 hike on the table.

The Reserve Bank of Australia (RBA) left interest rates on hold at its latest gathering but the ‘Aussie’ still eased lower overnight. While Australia’s AiG Performance of Manufacturing Index showed improvement, both China’s Manufacturing and Non-Manufacturing PMI’s softened, with the manufacturing gauge moving further into contraction territory and the non-manufacturing PMI slipping from 53.9 to 53.4 in August. Declines were limited as domestic Building Approvals surged in August and China’s Caxin manufacturing measure was positively adjusted from 47.1 to 47.3. Some analysts are projecting that the ‘Aussie’s downtrend will continue, with the currency potentially falling below the 60 cents level against the US Dollar in the near future. 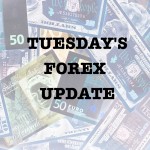 A shocking side in the level of business confidence in New Zealand left the ‘Kiwi’ trending in a weaker position against several of its counterparts at the beginning of the week. The sentiment gauge plummeted from -29.1 to -15.4 in August, indicating that companies are worried about the impact of the situation in China. During the local session New Zealand’s Terms of Trade Index for the second quarter came in at 1.3%, defying forecasts for a reading of -2.5%. Domestic housing data also revealed a 11.3% year-on-year increase in values in August, up from the annual figure of 10.1% recorded in July.

The Canadian Dollar strengthened against the Pound at the beginning of the week as investors profited from the GBP/CAD pairing’s recent eight-year high. However, the ‘Loonie’ could swiftly reverse these gains if today’s Canadian growth data disappoints. The Canadian economy is believed to have expanded by 0.2% on the month in June following contraction of -0.2% in May.

Early in the local session the Rand edged slightly higher against the US Dollar. The South African currency was able to move away from recent lows despite Chinese manufacturing data showing a worryingly slow rate of output. Today’s South African Manufacturing PMI could prompt Rand fluctuations as trading continues.

Uneven Recovery In The M&A Markets