The Euro gained ground yesterday and this morning in the wake of testimony by ECB President Mario Draghi before the Eurozone Parliament's Economic and Monetary Affairs Committee. The consolidated European currency is currently trading at 1.2854, up 39 pips from its 1.2815 low seen yesterday.

In his introductory statement to the committee, Draghi discussed last week's first Targeted Long Term Refinancing Operation or TLTRO among other things, which had put pressure on the Euro. The Euro sold off after the European Central Bank issued €82.6B in loans to a total of 255 European banks last week. This amount was significantly lower than the €100B – €300B expected by the market.

In the statement, Draghi also outlined the ECB's monetary policy decisions, saying, "First, we lowered the key ECB interest rates by 10 basis points to their effective lower bound. The main refinancing rate now stands at 0.05%, and the deposit facility rate at -0.20%. Second, we announced further measures to enhance the functioning of monetary policy transmission, support lending to the real economy and provide further monetary accommodation given that we have now reached the lower bound." 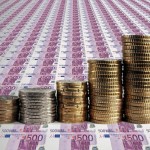 Draghi continued by saying that, "Restoring a functioning transmission, notably in bank lending, is instrumental in ensuring that the monetary policy stimulus that has been introduced reaches the final borrowers and thereby supports real incomes, spending and price formation. Following this announcement, under our ABS purchase programme (ABSPP) we will soon start purchasing simple and transparent securities with underlying assets consisting of claims against the euro area non-financial private sector. We will also start purchasing covered bonds issued by euro area MFIs under a new covered bond purchase programme (CBPP3)."

Wind in the sails for British small businesses