At the eleventh hour, Cyprus seems to have managed to agree a bailout with its euro area partners. Using a new law governing bank failures, the two big troubled banks in Cyprus – Laiki and Bank of Cyprus – will be restructured, with deposits of over â‚¬100,000 likely to see severe losses. These losses will essentially raise the money that Cyprus needed to find itself in order to get the â‚¬10bn lifeline from the rest of the euro area.

Disaster has been averted – for now, at least. But the extraordinary mishandling of this latest episode in the euro area slow-motion car crash tells us three key things.

First, core euro countries have lost patience with their peripheral brethren. Germany’s insistence that Cyprus find a large chunk of the money it needed itself was a clear indication of the recent hardening in attitudes in the Federal Republic, and indeed in the likes of Finland and the Netherlands. Cyprus is not out of the woods even with this bailout, and should further support be required, it is far from guaranteed. Germany is prepared to kick Cyprus out.

Second, democratic processes are increasingly being subverted to keep the single currency afloat. Under the terms of the banking law enacted last week, no vote is required for the Cypriot government to restructure its banking sector and impose losses on depositors. Given the previous massive vote against deposit haircuts by the parliament, this will look like circumventing democracy. There are no easy options here – Cypriots face an immediate collapse in wealth if they leave the euro, or a long grinding depression if they stay in. But such a fundamental decision should arguably be put to the people, or at least their representatives. 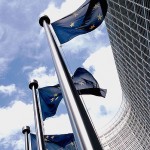 Third, European policymakers have learnt almost nothing about crisis management. The past four years have been a series of pronouncements, blunders and mistakes, with occasional desperate measures thrown in at the last minute. In part, this is because politicians are feckless, and care more about their own skins than those of their citizens. But the fact that the ECB was more worried about its balance sheet than ‘doing whatever it takes’ to preserve the integrity of the single currency is particularly scary: up until now, it has been the one policymaker with the will and capacity to respond to events.

The bottom line is that the euro area will continue to lurch from crisis to crisis in the months and years ahead. I have no confidence at all that policymakers can engineer a consistent, credible response to put these issues to bed once and for all. And all the time the political glue that had once bound the euro members together will continue to weaken. Unless something changes, the odds on an eventual break-up of the euro have now shortened dramatically.