By 2030 Europe could require an area of land and forest three times the size of the UK to meet our bioenergy demands, new research published by Friends of the Earth Europe today (Wednesday 28 May 2014) has revealed.

The report, by the Vienna University of Economics and Business for Friends of the Earth Europe, investigates how Europe’s consumption of crops and wood for transport fuel, heating and electricity, is set to double by 2030, exerting unparalleled and unsustainable new pressures on the world’s land and forests.

Wood for heating and electricity alone would require nearly 40 per cent of all Europe’s productive forest area by 2030, if it were all to be sourced within the European Union.

Europe’s consumption of bioenergy is being driven by unsustainable EU targets for the use of biofuels in cars and subsidies for the burning of wood for power generation. These policies are based on the misguided assumption that bioenergy is carbon-neutral, ignoring scientific evidence that shows that burning crops and trees can have even worse climate impacts than burning fossil fuels. 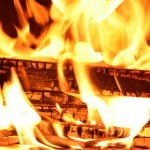 “Europe’s hunger for bioenergy is out of control – we’re using land and forests all over the world to feed it, threatening wildlife and food production in the process.

“We have to live within our natural limits – only by measuring our land use and setting targets to reduce it can we preserve forests and agriculture for future generations.

“Bioenergy has a role to play in bringing down climate emissions, but governments must focus on utilising waste materials rather than burning trees and food crops.”

Friends of the Earth calls on the EU and national governments to:

• End the use of crop based biofuels and the burning of whole trees for bioenergy;

• Limit the use of bioenergy to sustainable levels and ensure that only sustainable bioenergy that reduces greenhouse gas emissions is supported in policies for 2030;

• Reduce Europe’s resource consumption by introducing measurement of land, water, carbon and material footprints for the EU and ambitious targets for reduction in the ‘Circular Economy Package’.