Comment by Taxand on the report in the Financial Times [1] that the European Commission is investigating Apple’s tax affairs in Ireland and the use of ‘sweetheart deals’.

“The European Commission’s (EC) decision to look into the tax affairs of a number of high profile multinationals including Starbucks, Fiat and Apple for violation of state aid is a knee-jerk reaction to appear on the front-foot.  At the end of the day the OECD and G20 have been leading the charge to modernise international tax policy and the EC are late to the party.

“By announcing investigations through media channels, rather than official routes, and adopting the rather unjust approach which rebuts the presumption of innocence principle, as no burden of proof is required prior to public naming and shaming, the EC looks on the back-foot. 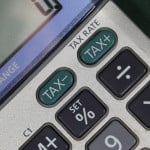 “The pressures facing these companies is running at an all-time high. Multinationals, who create jobs and prosperity, face numerous attacks; misleading media reports making false accusations of their tax affairs, adapting their businesses to meet new rules and procedures which will be brought in by the OECD; and now the EC taking their name in vain with threats of official investigations.

“But a rather crucial factor seems to have been forgotten.  These EC led investigations should be analysing whether countries are violating state aid rules, not companies.  It’s an injustice that multinationals face a barrage of criticism and damage to their reputation for operating within a country’s rules and laws.  The EC should tread with caution to avoid alienating multinationals who, in addition to paying their taxes, also play the vital role of employers to thousands across Europe.”