President Jean-Claude Juncker this afternoon spoke on the phone with Chancellor Angela Merkel where she informed him about the temporary reintroduction of controls at the borders with other EU-Member States, particularly at the German-Austrian border.

The temporary reintroduction of border controls between Member States is an exceptional possibility explicitly foreseen in and regulated by the Schengen Borders Code, in case of a crisis situation.
The current situation in Germany, prima facie, appears to be a situation covered by the rules.

The EU institutions have the task to ensure the proportionality of the exceptional measures concerned. The Commission will closely monitor the situation and keep the European Parliament and the Council fully informed, as foreseen in the Schengen Borders Code. The objectives of our efforts must be to help ensure that we can go back to the normal Schengen system of open borders between Schengen Member States as soon as feasible. 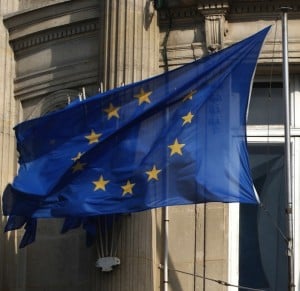 The German decision of today underlines the urgency to agree on the measures proposed by the European Commission in order to manage the refugee crisis.

As President Juncker said in his State of the Union speech: The free movement of people under Schengen is a unique symbol of European integration. However, the other side of the coin is a better joint management of our external borders and more solidarity in coping with the refugee crisis. This is why Monday's extraordinary Council of Interior Ministers is so important. We need swift progress on the Commission's proposals now.

CHART OF THE WEEK: EU GDP Per Capita