Slowing growth and a weakening investor sentiment following events in Italy and Cyprus has led to European Equities being kept as underweight for Q2, although a buying opportunity should present itself as the second quarter nears a close, S&P Capital IQ’s latest quarterly European Subsector Overviews reveals.

After tactically moving to underweight on 13 March, S&P Capital IQ Equity Research observes that the risk-reward balance has reversed as growth has slowed and events in Southern Europe have weakened the previously bullish investor sentiment. Furthermore, while reflation suggests rising P/E valuations – generally driving consensus optimism on equities – this does not necessarily assume a straight path.

“The driver of the rally over recent quarters has not been the expected improvement in growth, with subsequent earnings upgrades and rising bond yields, but equities being the least ugly return proposition,” comments Robert Quinn, Chief European Equity Strategist at S&P Capital IQ Equity Research. “This is the reality of the central banks’ reflationist policies and a stage has been reached where valuations offer less support.”

S&P Capital IQ Equity Research expects defensive growth to be the best performing theme in anticipation of a falling broader market. This is on the back of Citigroup’s Economic Surprise Index (CESI) in Europe turning negative and persistent negative earnings revisions. However, Quinn believes that a buying opportunity will present itself at the end of the second quarter , due to the temporary nature of this slowdown.

“In terms of sectors, we are underweight on old economy stocks, such as Basic Resources, Chemicals and Oil & Gas and expect other cyclicals to continue their underperformance,” concludes Quinn. “When the CESI turns negative, as it did in the Eurozone on 28 March, cyclicals traditionally lag and the broader equity markets fall in absolute terms. Oil & Gas, Telcos and Utilities are some of the cheapest sectors, but this is due to their structural headwinds as profit margins are between 7-15% below their respective long-term averages. In our view, they remain value traps. Therefore, we are underweight on all the three.” 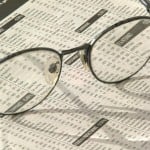 S&P Capital IQ Equity Research is most positive on names that have greater pricing power and earnings visibility such as Food & Beverages, Personal & Household Goods, Travel & Leisure and Technology, noting that the sectors score more favourably here with outperformance anticipated.

Overall, the equity research team is constructive on European equities for the full year despite the short-term concerns. On this basis, expectations for the end of 2013 are more positive with anticipated returns of 6.9% from current levels with Earnings Per Share (EPS) growth forecasts for this year and next standing at 2% and 8% respectively.