The European Parliament has today adopted a compromise agreement struck in December to phase-down the use of a group of super greenhouse gases known as hydrofluorocarbons (HFCs), or fluorinated gases (F-gases).

F-gases have global warming potentials hundreds to thousands of times higher than carbon dioxide, and are widely used in refrigeration, air-conditioning, fire protection, aerosols and foams.

Members of the European Parliament voted 644 in favour, with 19 opposing and 16 abstentions.

The move was welcomed by the Environmental Investigation Agency (EIA) and the European Environmental Bureau (EEB) as a significant step forwards for the climate.

In the face of stiff opposition and alarmist lobbying from vested interests in the chemicals industry, Parliament negotiators led by Dutch MEP Bas Eickhout were able to secure important improvements while holding the line on other critical measures that will help European transition to climate-friendly alternatives. 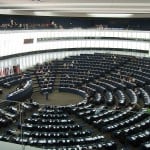 “This is a hugely encouraging lead from Europe in the fight against climate change,” said Clare Perry, Head of EIA’s Global Environment Campaign. “With the EU showing a progressive lead in this field, this decision should act as a catalyst for future international negotiations in pursuit of a global deal to address HFCs which, if achieved, could avoid emissions of up to 100 billion tonnes of CO2-equivalent by 2050.”

The new F-Gas Regulation arose from the review of the 2006 version which did little to stem the growth of these dangerous chemicals. It will cap the amount of HFCs which can be placed on the European market, gradually reducing over time the amount to 21 per cent by 2030. Their use currently accounts for about two per cent of European emissions and this is growing rapidly.

Alongside the cap and phase-down, the EU has now agreed to ban the use of HFCs in new equipment in a number of sectors, most notably in commercial refrigeration by 2022. In addition, from 2020 very high global warming potential HFCs (over 2,500 times more potent that CO2) will no longer be used to service and maintain refrigeration equipment.

Susanna Williams, Climate and Energy Policy Officer at the EEB, said: “Over 400 European companies, many of them small businesses, produce climate-friendly alternatives using natural refrigerants. Innovative businesses like these will only grow and generate jobs if Europe gives them the right market signal.

“Correct implementation of this regulation will be key if we are to avoid the same problems that plagued its previous incarnation.”

Fish discards to be banned by the EU – at last