Towers Watson says it regrets that the European Commission has published a draft replacement for the European Pensions Directive* without an accompanying Impact Assessment.

The firm is also disappointed that the requirement for cross-border pension plans to be fully-funded at all times has not been dropped. Such an easement had previously been trailed by the European Commission1 and was featured in two extensively-leaked drafts of the new Directive on Institutions for Occupational Retirement Provision (IORPs). This has not made it through to the published version.

Dave Roberts, a senior consultant at Towers Watson, said: “As well as casting doubt on the Commission’s assertion that one of the main objectives for the Directive is to fully reap the benefits of the single market for occupational pensions by removing obstacles to cross-border provision of services, this could create significant funding problems for some schemes in the event of Scotland voting in favour of independence from the rest of the UK.”

Apart from the absence of revised funding rules for cross-border schemes, the content of the draft Directive is largely as expected: most of the measures are intended to improve governance and increase transparency.

Dave Roberts said: “Few would argue against such aims but it makes no sense to agree such measures without assessing whether the improvements they are expected to bring represent value for money – especially on a day when the UK government is trying to emphasise the importance of low charges.

“It is ironic that IORP II, a Directive intended to address perceived poor governance and a lack of transparency in pension schemes, is being introduced with so little regard to the Commission’s own guidelines on governance and transparency and fails to evidence why action is needed at EU level. 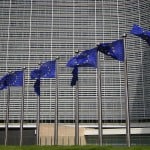 “We can only speculate as to the reasoning for this absence, but it is widely understood that an impact assessment was produced and that it was twice rejected by the Impact Assessment Board.

“Such a rejection seems entirely reasonable unless the Commission has obtained further data without the knowledge/participation of the pensions industry.”

In 2013, data to support an impact assessment was sought through a questionnaire issued via a subscription-based trade organisation. Many pension schemes would therefore have been excluded from the process: in fact only three UK pension schemes (out of more than 50,000) completed the questionnaire.

Dave Roberts said: “To draw conclusions based on such a small sample would be reckless. It is not clear whether the findings from other countries are statistically sound, but few responded to the questionnaire. The Netherlands, which has the second largest IORP market (by asset value) in the EU, was missing, as was Ireland which has more IORPs than the UK. As far as we can tell, the Commission simply doesn’t have the data to draw meaningful conclusions.”