Just before the summer break, in a meeting before the meeting, they decided to give the Sirtaki dancers the latest tranche of its bailout package of 6.8 billion Euros (Pocket money).

The latest report of the European Union, The International Monetary Fund(IMF) and the European Central Bank (ECB) was mixed, say the least. They recognised some progress in Greece's savings and reform efforts but at the same time saw much room for improvement.

Maybe, because of the sunlight in Brussels, those talking machines failed to see the much bleaker quarterly report of the Athens-based IOBE think tank before they decided to let another few billion Euro go down the drain. As usual.

According to the report, the Greek economy could shrink by five percent this year, revising down its own previous projection and offering a more pessimist forecast then the smart kids of the "Troika".

The reason, "fiscal consolidation and improved competitiveness have not been coupled with successful implementation of the structural reform programme," said the IOBE think tank. Thank heaven, at least the sunshine didn't blind them.

And one must admit, they have a good eye for reality and thinking straight – called common sense. And the "Troika"? ….. better not to go into details.

My informed sources have heard that those Washington-based jokers, the IMF, are starting to lose their nerves with the Sirtaki dancers and they are growing increasingly uncomfortable, to say the least, with the way they dance with the truth.

During the Economic and Finance Minister Council meeting the Lithuanian Presidency made a presentation of their work (don't over do it) programme.

Looks somewhat impressive but with these jokers they will need strong nerves, especially with the floating island in the middle of the ocean known as U.K. (United Kakmeisters) and a lot of luck, which is not in big supply in the EU lately.

A humble me can only wish them luck. I don't want to over do it with the luck. Of course, they also needed to refresh their short memories. 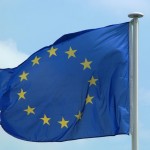 So, they followed up on the 27-28 June European Council especially the areas of banking union. They looked into the Crystal ball trying to imagine the future of the economic and monetary union and investment and the holy cow of growth and jobs.

My informed sources tell me that results are in the file "classified information" known better as "you don't want to know".

They were also very nice to Latvia that with open eyes and closed mind decided to adopt the Euro. Because of the closed mind they failed to remember that according to a last survey 53 percent of the population are against this adoption. They think there are better adoptions then this kind. But everyone has his taste.

And the finances, as usual, are bad. That's why you need finance ministers to make you forget your troubles.